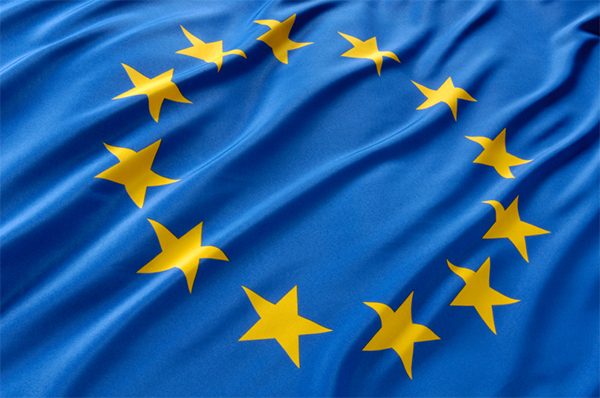 The European Union is making strides in the realm of electronics recycling, and many of its recycling programs are excellent models to track for progress and efficiency. Getting to know these programs on a more detailed level is a wise way to begin thinking critically about the global e-waste crisis and keep an eye on sustainable solutions that are currently working. These programs and methods could form a solid basis for those future improvements the world needs in order to revolutionize the negative state of affairs many countries now face.

One of the best things about the way the e-waste crisis is being approached in the EU is the use of comprehensive legislation to address the issue. Unlike the U.S., the EU has law in place that obliges all 25 member states to follow directives concerning e-waste. The U.S. does not currently have federal legislation affecting all 50 states concerning the control and proper disposal of electronic waste, though measures like the Clean Air Act have had a broad impact.

Controlling e-waste in the EU begins with the directives and member-state transpositions of the Waste Electrical and Electronic Equipment Directive. Signed into law by the European Council in 2003, the directive requires member states to be actively involved in the collection, recycling and proper disposal of e-waste with costs of such activities covered by manufacturers. Most importantly, the legislation set targets for e-waste activity that each member state must reach in order to remain in compliance.

Another important piece of legislation affecting all member states of the EU is called the RoHS Directive. It too was signed into law in 2003 and requires manufacturers to ensure that the design of electronic equipment is conducive to the collection, recycling and disposal process outlined in the WEEE directive.

These two pieces of legislation form a solid backbone for the electronic recycling process throughout the EU, and have basically streamlined its approach to the e-waste crisis across a wide collection of countries. The WEEE legislation has received a number of updates since its inception, including the most recent update in 2012, which set the latest targets for electronic recycling activity, according to the European Commission:

The 2012 update also implemented a plan to crack down on the illegal export of e-waste, a problem that has been mounting for decades globally. It also sought to synchronize the registration and reporting process across member states for better administrative efficiency.

In addition to the EU’s WEEE regulations, many of the member states have developed their own directives concerning the control and collection of e-waste. These legislative models provide a workable pattern with positive features worth noting. Here, we will take a look at the approach in the U.K.

In the U.K., The WEEE Regulations of 2013 apply to all electrical and electronic equipment, or EEE, manufactured in the U.K. EEE fall into one of 10 categories, with four additional categories, including solar panels, added just this year.

The U.K. regulations outline obligations of manufacturers concerning the electronic waste they produce. These include responsibilities involving the sale of electronic equipment as well as financing and managing the end-of-life process for these products. Particularly, each producer is responsible for financing a portion of the household electronic recycling target for each household in the U.K.

To this end, each producer is a member of a collective Producer Compliance Scheme with specific e-waste recycling targets. Smaller producers — those that create less than 5 tons of electronic goods per year — are not required to join a PCS. Instead, they must register with a designated environmental agency and submit data attesting to the amount of e-waste produced, collected and recycled by specific deadlines each year.

Distributors of EEE have three options for compliance to U.K. WEEE Regulations. First, they can join the Distributor Takeback Scheme, a collection and recycling service owned by Valpak Retail WEEE Services, Ltd. The DTS is a network of collection facilities across the country. Each distributor acts as a collective member of the network and provides a portion of the cost of operating and maintaining the network.

A second choice for distributors of EEE is to offer in-store takeback service. Here, the distributor must take back any type of EEE it sells to consumers, regardless of where the device originated. Distributors are also responsible for making arrangements for the collected EEE to be delivered to an Approved Authorized Treatment Facility.

The comprehensive approach to e-waste in the EU

The EU’s comprehensive approach to the e-waste crisis is an effective use of legislative authority to tackle a growing problem. Of course, there are relative difficulties in streamlining the overall EU WEEE directive with the individual electronic recycling legislations in each member state. However, programs such as the one in the U.K., which closely resemble the original, are key models to note for their organization and management features, especially for countries like the U.S. that are in need of better solutions to the mounting issue of e-waste.