Tech Graveyards: Five Reasons Why You Should Clean Them Up! 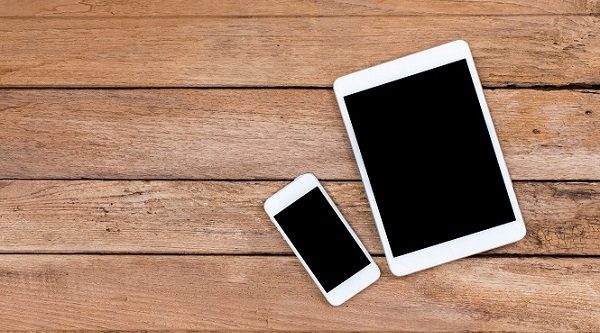 Maybe you have a drawer of old cell phones. Or a corner of your basement is a heap of discarded computers dating back to the Commodore 64. Perhaps there’s a closet where you still have an unused VCR, or your workplace has a dusty room in the basement that houses the ghosts of computers past. Whatever the case, husks of used electronics litter these spaces, making them look like creepy, technological elephant graveyards.
And these tech graveyards can only grow. The average household had five connected devices as of 2012, and according to a Gallup poll conducted at the end of 2013, 31 percent of Americans are “’Super Tech Adopters,’ who report broad ownership of the major computing and entertainment devices on the market.” If there’s a tech graveyard in your life somewhere, there are five very good reasons to clean it up.

The longer these graveyards are around, especially in the workplace, the more likely it is that someone will happen upon them and just toss the e-waste into the trash, even if it may be illegal. Tossing e-waste means the lead, arsenic and mercury in the devices can leak into water streams as e-waste is left to rot in landfills.
Also, recklessly tossing e-waste leaves room for data security gaps as people can find old information on discarded machines. So take the initiative and make sure the e-waste is properly recycled. Data can be destroyed securely with a good recycler, and that e-waste won’t end up in a landfill.

Speaking of e-waste being diverted from landfills, getting rid of those tech graveyards is a good way to live eco-friendly. Rather than letting the e-waste, well, go to waste by sitting in your drawer or closet, you can make sure that material is being put to good use. E-waste has tons of precious metals like gold, copper, silver and palladium, dozens to thousands of pounds of it, in fact, per every 1 million cell phones.
Further, according to the EPA, recycling 1 million laptops saves enough electricity to power 3,657 U.S. homes in a year. According to the EPA, “One metric ton of circuit boards can contain 40 to 800 times the amount of gold and 30 to 40 times the amount of copper mined from one metric ton of ore in the U.S.” That’s a lot of waste that can be diverted out of the electronics production process.
Plus, if your tech graveyard has devices that could still be functional, you could always resell or donate them as long as you wipe your data securely. Also, when you turn in functional devices to manufacturers as part of take-back programs, a lot of times those devices could be re-routed to soldiers, needy families or schools. That’s a second life for something that would have just been cluttering up precious storage space.

The e-waste crisis isn’t going to get better on its own. We’ve had a nearly 24 percent increase in e-waste production globally between 2010 and 2014. And the UN stated that 90 percent of e-waste is illegally dumped or traded every year. That’s untold amounts of toxic compounds contaminating the environment, an amount that grows each year. We can help put a stop to it by taking care of those old tech graveyards and recycling our e-waste.
Also, you’ll get a nice little ego boost from doing the right thing. You could spend another afternoon scrolling through Facebook, or you can feel like you made a difference just by hauling those old electronics to a recycler. If you do, then it’s OK to pat yourself on the back. There’s no shame in taking pride over making the world a cleaner place.

Recycling electronics doesn’t have to be a long chore. It can be as easy as dropping off a load of electronics to a certified recycler. That way, you can be sure the data on the devices is securely destroyed and the device safely handled. Some services even make e-waste pickup calls. Also, some municipalities may take e-waste, so check with your local recycling center. And don’t forget manufacturer and retail take-back programs.

If your device is functional enough, you can look into programs through manufacturers and retailers that take back old working devices, usually in return for a voucher. The device then gets sent to someone in need, in a lot of cases. Otherwise, you might consider selling the device online through sites like eBay, Craigslist or Swappa.
Make sure to properly erase your data before selling through these sites. Look up how on your phone manufacturer’s website and consider downloading some secure wipe apps. You can read about securely wiping a phone here. For wiping other devices, go here.
Once you’ve cleaned up your tech graveyard, make sure it doesn’t happen again with the tips below.

By having a long-term plan in place for your electronics, you’ll be able to prevent the pile of old electronics in the first place. The EPA has a good resource on electronics-based sustainability initiatives.
Here are also a couple of ideas for keeping the pile of old tech a thing of the past:

Assess if you really need that device

When looking at purchasing a new device, figure out if you really need it by carefully assessing what the new device does against what you would actually use it for. Would your life really be that much different with the iPhone 6s’ 3D Touch feature? Or do you need a new phone because your old one is slow and not supported anymore? You can find a good guide for assessing need over want in a new device here. Cutting off tech waste at the spending stage will reduce the amount of unused tech lying around to begin with.

Have a disposal plan in place

Try to figure out what you’ll do with each device as it becomes a relic of your past. Know where to responsibly recycle electronics, be well versed in reselling a device or know where to donate. Half the problem with getting rid of old electronics is the lack of a plan. It makes the process seem larger and harder than it really is, and that’s when you end up with The Land That Software Updates Forgot.