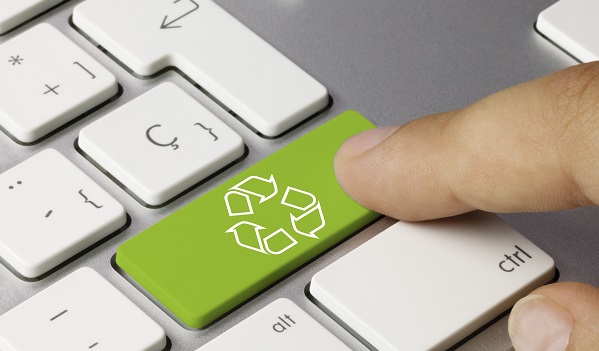 The ‘magical law of contagion’

Have you ever picked up an old, used item at a garage sale or resell store to find the item just feels wrong? Even if it looks clean, or mostly clean, something about it makes you feel like maybe it belonged to a serial killer or maybe someone died wearing it. Just … because of how it feels. You can never really put your finger on it. Then you remember every fictional horror story you’ve read or seen about cursed items. If not, consider yourself lucky. You’re officially not superstitious.
But like it or not, we generally have a deep, ingrained sense of what feels “clean” and “dirty” on a metaphysical level. You may have heard of the infamous study that asked people to assess how they’d feel about wearing a sweater that had been worn by Hitler (answer: not well). Psychologists have dubbed the phenomenon the “magical law of contagion,” which means, on the whole, we have a built-in sense that people’s essence rubs off on what they come into contact with. If the person was good, an item that person had is now cherished. If something negative happened surrounding the item or the previous owner was disliked, now the item is evil.
The real problem comes in when people decide to let that influence what they can buy recycled, if anything at all. A study looked at the symbolic meaning associated with secondhand clothing and came up with some attitudes in certain individuals that the clothes were tainted.
A 24-year-old doctoral student simply listed as Laura stated, “… I don’t see myself ever buying these types of items, in any case. It is the idea of imagining the previous owner, which puts me off. The idea of not knowing, I imagine it in a negative manner. Maybe the clothes carry diseases. The worst thing would be to imagine that I was wearing clothes of a dead person.” In short, to some people, items in the reuse market are just “dirty.”
Worse, some people see buying used as a displacement of social standing. In the study, a 38-year-old lawyer listed as Alex said, “Yes, I would be embarrassed to wear secondhand clothing. To me they seem tainted and associated with an image of failure. It would mean that I can’t afford to buy new clothes and that I have gone down on the social scale.” Sometimes reusing things isn’t just “dirty,” it’s seen as being something only people on the low rungs of the social ladder engage in.
Then there’s the recycling image promoted outside of deep-seated psychological associations: that from the news.

E-waste recycling: out to get us?

E-waste recycling hasn’t had all positive coverage in the media, either. And some of it really is a problem in certain areas. Examples include this news story from 2007 about Chinese workers in Guiyu, who are subjected to deadly conditions while extracting precious metals out of old electronics. Cancer-causing polychlorodibenzo-p-dioxins are found in the highest documented concentrations in the world, just to name one issue. It was found by sampling the air for a week.
And in 2008, Bloomberg was writing about how lax rules allowed scrap companies to just dump toxic e-waste overseas. In 2013, CNN dubbed China the “electronic wastebasket of the world.”
Then there’s the fact that e-waste itself, when not handled properly, is so “dirty” it’s deadly. The lead, mercury, cadmium and polycyclic aromatic hydrocarbons found in our electronics range from general toxic effects on the body’s systems to causing skin and lung cancer to potentially being a cumulative poison in the body.
Yet it’s not all doom and gloom. Far from being the “dirty,” disgusting industry some people might view it as, e-waste recycling can be – and, with responsible recyclers, is – a clean, safe and productive answer to the e-waste crisis.

Why e-waste recycling doesn’t have to be ‘dirty’

First of all, laws and certifications can keep the e-waste recycling process clean and ethical. E-Stewards and R2 certifications, especially when working together, make sure that e-waste isn’t illegally shipped and illegally dumped. They also assure e-waste is properly reused, safely contained and workplace safety procedures are in place. They’re important to earn and important to watch out for from a consumer standpoint. Certain regulations also make sure hazardous e-waste, like color CRT TV tubes, are handled in a safe manner under federal law.
Even China’s getting its act together. Guiyu, the e-waste capitol of the planet, was reported by PCWorld to be moving dangerous processes, like burning metals from circuit boards with acid, to an industrial park farther north. The area is far from perfect, but it’s a step in the right direction.
Plus, a lot of those news stories are on the older end, even if they’ve given e-waste recycling a lingering bad rap. With increased environmental awareness over the last several years, and with appropriate current efforts in public education, perhaps the “dirty” stigma of e-waste can evaporate entirely.
The study on perceptions of secondhand items also listed positive reasons people like to shop used. Reasons for secondhand shopping that contributed positively to a person’s “sense of self” included feeling more unique when special styles were found used, finding trendy items at a discount, a positive sense of retro style and nostalgia and what the paper called “the rejection of squandering.”
Getting rid of the “dirty” label attributed to the used market may just be a matter of trumping our unconscious beliefs with knowledge of the greater good.