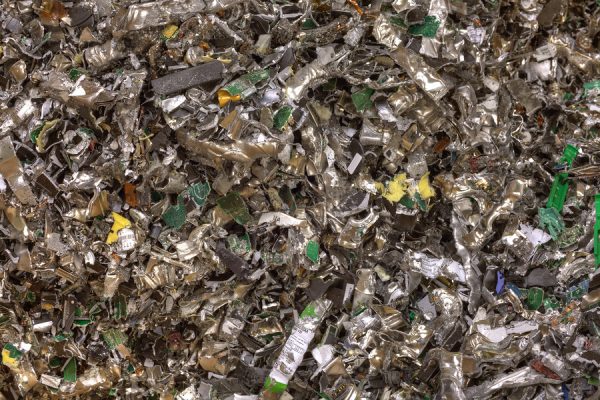 The Flint, Michigan water crisis seems to have everyone discussing social justice issues and the political implications of environmental racism, but it should also have everyone discussing one of the most notorious environmental hazards of all – lead.
Lead is so dangerous to the environment that in 1971 Congress phased out the use of lead paint in households across America. The slightly sweet taste of the highly durable mineral element abbreviated as Pb makes it dangerously appealing to children, but lead ingestion also causes severely detrimental side effects such as irreversible neurological disorders in infants and toddlers which can continue into adulthood.
But that isn’t all that lead poisoning can do. It’s been known to cause anemia, nerve damage and even death. Especially in children, lead poisoning can lead to learning and intelligence problems as well as frustratingly complex behavioral challenges.

E-waste and Lead: An Environmental Menace

The connection between e-waste and lead has been well established. In fact, the components of many electronic devices, including mobile phones and tablets, contain lead. The metal has been used at least since 3000 B.C. for its durability and its ability to resist corrosion as well as its high melting temperature. Naturally, electronics manufacturers find such a versatile metal simply irresistible, despite its well-known history as an environmental menace.
E-waste is currently increasing globally at a rate of 3.5% annually, and, due to e-waste’s penchant to be equipped with lead and other harmful elements, the environmental hazards that come with it are also increasing. About 70 percent of heavy metals, including lead, found in landfills come from e-waste. This is true even though electronics make up only about 2 percent of the waste found in landfills, according to San Francisco-based non-profit, the Silicon Valley Toxic Coalition.
Mobile phones alone have been found to contain at least .3 percent by weight of lead, according to environmental NGO Toxics Link. This percentage multiplied by the 700 million units of e-waste disposed globally in 2005 alone means that by now, literally tons of lead could be circulating throughout the environment as e-waste. With so little of that e-waste disposed properly, the amount of lead contaminating environments all around the world is likely equally significant.

As the e-waste across nations reaches epic proportions, it’s important to examine the relevant threats such proliferation poses for the environment and for adults and children. The following is a brief list of essential facts about lead in e-waste, highlighting potential, and present, dangers.
1. Toxic e-waste substances, lead included, can leach into the soil of local communities.
Leaching has long been a huge problem associated with improper disposal of e-waste. When electronics are tossed into landfills, leaching can join forces with other sources of lead contamination in soil (i.e. pesticide runoff). Such cumulative effects of lead contamination are so intense that the EPA advises the use of sandboxes for play among children (rather than regular soil) and suggests removing shoes before entering the house in order to avoid bringing in lead-ridden dust from outside.
2. Lead in improperly disposed e-waste can also contaminate groundwater.
As we see happening in Flint, Michigan, as well as a number of other areas across the country, when lead contaminates tap water, it spells the end of healthy water resources for entire regions.
Similarly, according to the US Geological Society, lead from industry pollution and pesticide runoff can contaminate groundwater by leaching from contaminated sources. It’s safe to say, considering the amount of lead in e-waste, that it, too, has the potential to build up in soils over time and could create dangerous cumulative effects resulting in lead contaminated groundwater.
3. Nearly all electronics contain some amount of lead.
In 2004, an EPA-sponsored report revealed that 12 different types of electronics each leached lead into soils at rates that exceed EPA regulations in a study testing the leachate potential of various electronic devices. These included electronics common in most households across America – computers, keyboard mice, mobile phones, smoke alarms and remote controls. Additionally, cathode ray tubes, found in most computer monitors and televisions, contain large amounts of lead.
Such potential for contamination has led to certain bans on electronics in waste. CRT’s and televisions have been banned in landfills in California, and at least 20 states have landfill or disposal bans on electronics due to the threat of hazardous contamination. The prevalence of lead and other contaminants in electronics and e-waste has sparked a push for electronics manufacturers to ensure their products are not harmful to the environment by taking “cradle to grave” responsibility. In many cases, electronics manufacturers offer recycling for their products when consumers ship them back.
4. E-waste exposed areas are at higher risk for lead contamination, especially among children.
Though studies outlining the exact effects of lead in e-waste may be few and far between, the fact that e-waste does have significant potential to contribute to air, water, and soil contamination is mounting with each finding.
For example, a recent study published in the Environmental Environmental Pollution Journal found that high levels of cough and phlegm as well as high blood lead levels are found in e-waste exposed areas. The study examined the effects in high e-waste areas, such a Guiyu, China an area notorious for informal e-waste recycling and pollution in air, water and soil.
5. Electronics recycling helps improve the effects of e-waste lead contamination through.
When e-waste is properly disposed through safe and effective recycling methods, the chances that hazardous lead levels will affect surrounding communities decreases. Yet, e-waste recycling is still a voluntary act in the US, not mandated by federal law, and while a number of manufacturers and retailers offer recycling services, e-waste recycling rates continue to be low in a country that is responsible for much of the world’s e-waste globally.