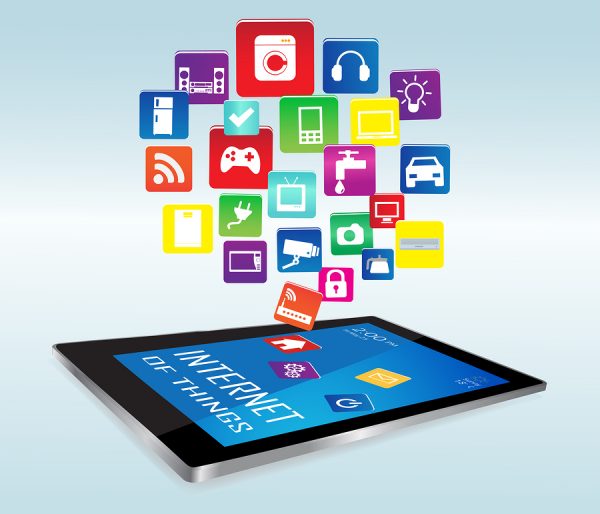 The facts are clear: technology and technological innovation has changed our lives on an epic scale.

In fact, two key players, Big Data and the Internet of Things, have made a huge impact on lives across the globe. Both have also had a huge affect on e-waste. It makes sense to examine how these two modern day phenomenon have established a foothold in society as well as the way that they are both making significant contributions to the e-waste crisis and the solutions we’re using to address it.

What is Big Data?

Big data is more than just a popular catchphrase. Data scientists attempting to articulate the future of information coined the term in 2008. According to the Oxford English Dictionary the phrase defines data of a very large size particularly hard to manage due to logistical consequences.

Therein lies the connection between big data and e-waste. The logistical consequences of big data means that as data sets get larger and larger, the actual hardware used to manage the them are getting smaller and smaller. This means that with each technological breakthrough fostering the progress of big data, upgrades and updates are constantly needed. This means an increase in e-waste.

What is the Internet of Things?

Add to this the impact of the Internet of Things. According to a recent Pew Research survey, two thirds of people in the world use the Internet, and this rate is increasing at an “extraordinary” rate. How’s that related to e-waste? With more and more people engaging in Internet use, the consumption of consumer electronics that make such use possible is increasing as well.

Americans are expected to purchase 317 million computers, laptops and tablets in 2016. This is up from just 61 million in 2013 – a huge increase in just a short period of time, and that’s just in the U.S. alone. Globally, the rates of consumer electronic consumption are just as shocking if not more.

Recent research has found that global mobile use is increasing at a rate two times faster than the rapidly growing global population. Numbers like these not only show how the Internet of Things is inspiring mass communication on a scale never seen before in history, it’s also fostering environmental crisis of epic proportions due to loads of e-waste – the inevitable result of such progress under current economic models.

This means that as consumers rapidly purchase their cherished electronic, Internet-serving products, they must eventually find a way to dispose of those very same products. Unfortunately, in many cases disposal of electronics is not done the proper way, through a certified and sustainable recycler.

One thing that big data and the Internet are definitely doing is increasing the world’s co-dependance on electronic devices and technological innovation. As more and more economic systems turn to big data as the main source of relevant information, that reliance should do nothing but increase in the coming years.

Similarly, the Internet provides a wealth of access to information and is expanding our means of communication for communities, cities and nations across the globe like never before, and we are becoming increasingly dependant on the rewarding sense of connectivity it can provide. Yet,even while the Internet is opening doors and expanding horizons, it’s important to calculate the costs.

Too often those costs are taken on by an environment that can’t’ speak for itself, but must rely on forward-thinking manufacturing and design as well as sustainability-oriented policy makers to help steer technological advancement clear of environmental crisis.

Current e-waste recycling rates in the U.S. are showing the kind of improvement needed in the age of Big Data and the Internet, but much improvement is still needed. Our current rate of 40.4 percent as of 2013 is a significant improvement over the 2012 rate of 30.6 percent. However, the U.S. is still one of the biggest producers of e-waste in the world, and our country’s lack of a clear federal mandate addressing e-waste leaves the matter uncertain in a number of ways.

Yet, at least 25 states currently have e-waste laws and landfill bans in place. Also, many manufacturers and retailers offer take back services and collection resources that help keep e-waste out of landfills and build consumer awareness about the pressing need for smarter e-waste disposal.

Big Data and the Internet Tackle the E-waste Crisis

On the flipside of things, there are ways that big data and the Internet are fostering the growth of solutions to the e-waste crisis. For example, in 2014 the United Nations launched the Big Data Joint Laboratory (UNBD), an initiative to use big data to sustain developmental goals. One of the first items on the agenda: an e-waste recycling “Light App” which helps consumers easily identify the best ways to properly dispose various types of electronics.

Baidu Recycle is the name of the big data app, developed in China, the world’s biggest e-waste producer and home to 1.2 billion cellphone users at the end of 2013.  The app is an Uber-like big data brainchild with the ability to connect consumers with recyclers and recycling facilities within their network. Users take a photo of the electronic device to be recycled and in turn receive bids from various recyclers in the ara vying for the chance to responsibly dispose of the device.

In fact, all over the world, big data and the Internet are shaping how we think about and manage waste. For example, England’s largest waste disposal authority, the Greater Manchester Waste Disposal Authority, is utilizing the data collection capabilities of big data to track 1.1 million tons of waste using sensors placed on recycling bins as well as card chips to measure how much waste is disposed and where.

Since the advent of the Internet, our world has changed dramatically, and now the paradigm shifts are expanding to include advancements in big data. This means we must brace ourselves for the resultant increases in e-waste which are an inevitable consequence of a growing dependence on technology and technological innovation in just about every aspect of our lives. However, big data and the Internet are also proving to be invaluable resources when it comes to responsibily managing e-waste and ensuring that we continue to improve recycling efforts.