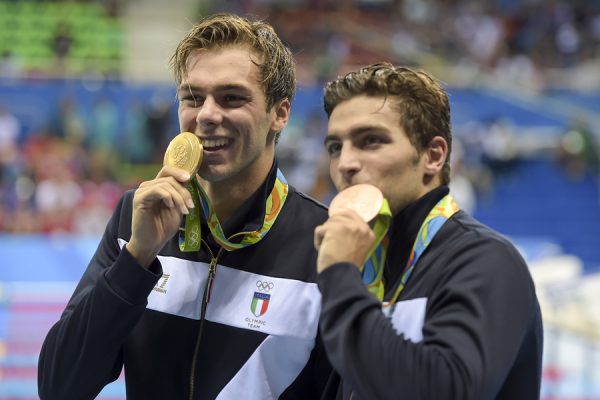 In 2020, the Summer Olympics will head to Tokyo, Japan, where world-renowned athletes will battle to be named the best in gymnastics, swimming, diving, and more. If you’re planning on watching the games, make sure you get ready to pause the TV when the winners are announced for each sport. Why? The gold, silver, and bronze medals that will be placed around these athletes’ necks will be made out of recycled electronics!

The Value of E-Waste

The United States is the biggest producer of e-waste in the world, but other countries in Asia and Europe contribute their fair share of waste as well. Sadly, the Environmental Protection Agency (EPA) estimates that only 12.5% of e-waste is recycled. This means there is a significant amount of precious metals that are being transported to landfills instead of resold and reused to create new products. To give you a better idea of the amount of precious metals that are being wasted, consider that recyclers would be able to extract the precious metals listed below per every 1 million cell phones that are recycled:

Where are all of these precious metals hiding inside your electronic devices? Gold is mainly used to create the circuit boards found in electronic devices because it is able to conduct electricity well and does not tarnish easily. Gold isn’t the only metal found in circuit boards—silver and palladium are often used here, too. The batteries of electronic devices often have iron cores, while the wires that connect everything inside the device are usually made out of copper. Even though all of these precious metals aren’t visible just by looking at the phone, they’re still there. And unfortunately, many of them are going to waste.

How Japan is Using E-Waste For the 2020 Olympics

It was announced late last year—and confirmed in 2017—that Japan was considering using recycled electronic materials to produce the medals for the 2020 Olympics. Even though this announcement made headlines, it’s not the first time that the Olympic medals will be made out of recycled materials. The 2010 Olympics and Paralympic Winter Games in Vancouver both featured medals made out of metals extracted from old electronic devices.

Japan’s decision to follow in Toronto’s footsteps will not only teach the millions of people that tune into the Olympics about the importance of e-waste recycling, but it will also save the country a great deal of money. Producing medals made out of recycled material is far less expensive than producing medals made with new material, and since the current cost of hosting the Olympics is estimated to be over $16 billion, every dime helps.

In order to get the materials that they need, the Japanese government is asking the public to donate all of their unwanted cell phones to the cause. Although these precious metals can be found in other electronic devices, the Japanese government has specifically asked solely for smartphone donations. Donation boxes were placed in areas around the country beginning in April of this year so Japanese residents could donate their smartphones in local shops or government buildings. This should give them plenty of time to collect the e-waste that they need, extract the precious metals, and create the gold, silver, and bronze medals that will be used during the 2020 Olympic games.

Sustainability Efforts of the Olympics

Japan’s decision wasn’t just based on the fact that they could save a significant amount of money by using recycled materials. This decision is one of many sustainable initiatives that are expected to be implemented in future Olympic games. This can all be traced back to the “Recommendation 4 of Olympic Agenda 2020,” which was issued in 2014. The recommendation states that all potential and actual Olympic game organizers should actively find ways to integrate sustainability initiatives into the event. In this document, which included 40 recommendations total, sustainability was mentioned by the International Olympic Committee (IOC) time and time again, so it’s no surprise that Japan is following these suggested guidelines closely.

At ERI, we don’t let precious metals such as gold, silver, and copper get sent to the landfills. The e-waste that we process at our facility is broken down and sorted by material. Then, these precious metals are typically resold to smelters, where they are processed even further and resold on the commodities market so they can be used to create new products. For more information on our e-waste recycling services, or to request a quote from ERI for your e-waste needs, contact us today.