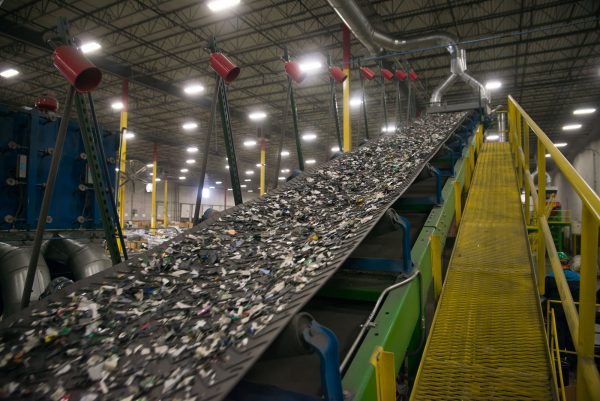 Many people do not understand the magnitude of the e-waste problem, which could be why more businesses and consumers are not taking action to resolve this issue. To get a better idea of the size of the e-waste problem and its damaging effects on the environment, take a look at these surprising e-waste statistics:

Data for 2015 and 2016 is not available yet, but it has been officially reported that the U.S. produced 11.7 million tons of electronic waste in 2014. Year after year, the U.S. produces more e-waste than any other country in the world.

Based on historical data, it is safe to assume that most of this waste was not disposed of properly. The Environmental Protection Agency (EPA) estimates that only about 12% of e-waste generated in the U.S. is recycled every year.

The e-waste that is ending up in landfills is actually rather valuable because it contains a number of different precious metals, including silver, gold, copper, and palladium. But, the value of these precious metals is lost on people who send their e-waste to a landfill. It is estimated that people in the U.S. throw out smartphones that contain $60 million worth of silver and gold every year.

If the devices were recycled properly instead of tossed in the trash, these precious metals could have been extracted, resold, and reused. In fact, the EPA has reported that more than 20,000 lbs. of copper, 20 lbs. of palladium, 550 lbs. of silver, and 50 lbs. of gold can be recovered per million cell phones that are recycled.

The hazardous chemicals that are found within electronic devices will eventually seep into the environment if the devices are left in landfills. These hazardous substances can contaminate the atmosphere and local water supply, which is why it’s so dangerous to leave e-waste sitting in landfills. For example, the mercury found in electronic devices can damage your central nervous system and endocrine system. The chromium can affect all of your organs, and many of the heavy metals are also carcinogens, meaning they could cause cancer.

E-waste may only account for 2% of the trash that is in landfills today, but it represents 70% of the overall toxic waste. Additionally, about 40% of the heavy metals in landfills can be traced by to e-waste.

Electronics Are Being Disposed Of Faster Than Ever Before

The reason why e-waste is becoming a bigger problem year after year is because people are disposing of their electronic devices faster than ever so they can purchase the newest model on the market. Cell phones are typically replaced every 18 months, whereas desktop computers last the average consumer about two years. TVs last much longer—about 10 years—but DVD players are usually tossed in trash after only two years.

Based on this information, it’s not surprising that in the U.S. alone, more than 100 million cell phones are thrown away every year. The U.S. also gets rid of 20 million TVs and 41.1 million computers every year. Overall, the average family spends about $1,400 every year on electronic devices. If this trend continues, then the e-waste problem will continue to grow.

E-Waste is the Fastest Growing Type of Waste

According to the EPA, e-waste is the fastest growing waste in the municipal waste stream. Even though other types of waste are decreasing, the amount of e-waste that is collected is rising by about 5% every year.

It takes about 530 lbs. of fossil fuel, 48 lbs. of chemicals, and 1.5 tons of water to produce one computer. Now, multiple that by the number of new computers that need to be manufactured every year in order to meet consumer demand. To put it simply, that’s a lot of energy.

If more people recycled their e-waste instead of sending it to landfills, companies could recycle parts of old computers instead of having to waste energy by building new computers. The EPA has reported that recycling one million laptops saves enough energy to provide electricity to over 3,500 homes in the U.S. for an entire year.

E-Waste is Still Being Shipped Overseas

Some e-waste recyclers market themselves as eco-friendly companies that will dispose of your electronic waste in a environmentally conscious manner. But, many of these companies simply send e-waste overseas instead of processing it here.

In 2014, millions of tons of e-waste were sent to developing countries such as Pakistan, India, Nigeria, and Ghana. Why is this a problem? The workers that are tasked with breaking down the waste and extracting precious metals are not given the proper safety gear to do so. As a result, they are exposed to hazardous chemicals that could severely impact their health. The facilities in developing countries are also not designed with safety in mind. The hazardous chemicals that are found in e-waste are often released into the environment the same way they would be if the e-waste ended up in a landfill.

For these reasons, it’s very important to work with an e-waste recycler that processes electronic waste here instead of sending it abroad. Do your research to ensure you choose a reputable recycler.

Make sure your business doesn’t contribute to the e-waste problem by working with a reliable e-recycler. ERI is the largest recycler of electronic waste in the world, with facilities in California, North Carolina, Washington, Colorado, Indiana, Massachusetts, and Texas. Every year, our facilities process over 250 million pounds of electronic waste for clients in a variety of different industries. For more information on recycling your electronics, or to request a quote for your company, contact us today.