How Unsecure Data Could Destroy Your Business 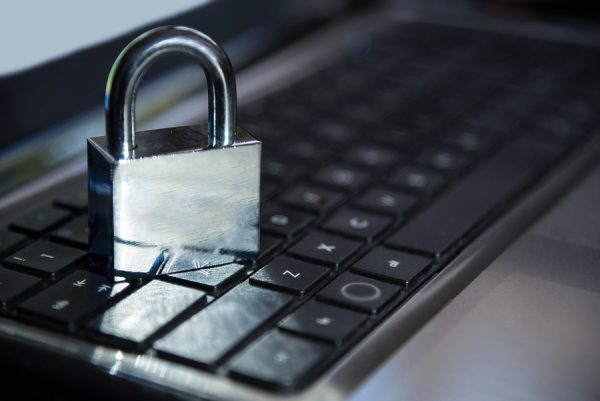 There are many reasons why a business should do everything possible to prevent data breaches. But unfortunately, many businesses fail to do anything to protect their sensitive data, perhaps because they are unaware of the consequences of a breach. Here are some of the reasons why failing to secure your data could ultimately destroy your business:

Consumers often lose trust in a business after a data breach, especially if it is discovered that the business did not take the necessary steps to prevent a breach. The more sensitive the information that is breached, the bigger impact the breach will have on your company’s reputation. For example, customers may be annoyed if their phone numbers and home addresses are compromised, but their reaction will be far worse if their credit card numbers or Social Security numbers were stolen instead.

Even if a consumer is not directly impacted by a breach, they may still lose trust in the business after hearing of the data breach. In fact, 86% of consumers revealed that they will no longer do business with a company if that company is affected by a data breach that left consumers’ credit or debit card numbers exposed. Therefore, a data breach could affect a company’s revenue in addition to its reputation.

Businesses may be able to rebuild their reputation in the aftermath of a breach, but only if they show compassion towards the victims. For example, if a business offers to pay for credit monitoring after a breach, victims may be more willing to give the business a second chance.

Recovering from a data breach is incredibly expensive. According to a 2016 study conducted by IBM and the Ponemon Institute, businesses should expect to pay around $221 per compromised record. About $76 is allocated to dealing with the direct costs of a data breach, such as legal fees and investing in new technology to keep data secure. The other $145 is allocated to indirect costs, including repairing an organization’s reputation and attracting new customers to make up for the ones who left after the data breach.

It’s estimated that every data breach costs a small business an average of $36,000, but the costs of data breaches that affect large businesses is much greater. In 2013, hackers gained access to credit card and contact information belonging to over 110 million Target customers. The company was forced to upgrade their security in order to prevent another breach from happening. In the end, Target estimated the cost of the breach to be $162 million.

A large business may be able to cover the costs of a data breach, but these expenses could cripple a small business without significant financial resources. For example, burglars stole two computer hard drives from Impairment Resources LLC that contained medical information belonging to over 14,000 people. The company was ordered to pay around $2.5 million in fines and also spent $150,000 on efforts to mitigate the situation. But, Impairment Resources LLC was not able to afford these payments, and the company ended up filing for bankruptcy and closing down shortly after the data breach.

Value of the Company

A data breach can also affect the total value of the company. In 2016, Yahoo revealed that names, email addresses, passwords, and other confidential information belonging to 3 billion user accounts was compromised. Several months later, the company was sold, but at a discounted price. It has been reported that the breach reduced the selling price of Yahoo by over $350 million.

Even if a breach hasn’t actually occurred, a business’s value can still drop if it is discovered that the business’s data is not being protected properly. For example, a report was released in the summer of 2016 that revealed vulnerabilities in St. Jude’s network. The company, which produces medical devices such as pacemakers, saw a 5% drop in their stock price immediately after the report went public. In this case, investors were worried that the vulnerabilities could lead to a data breach in the future, which was enough to send them running for the hills.

Companies such as Visa, MasterCard, Discover, and American Express have the right to terminate a relationship with a business if they feel the business is not protecting their consumers’ confidential information. If a business’s data is breached multiple times, Visa, MasterCard, and other companies may decide that it’s not worth working with the business any longer. Any business that is cut off from these companies will be forced to take cash payments only. Since the vast majority of consumers pay with cards, losing payment card privileges could devastate a business.

Credit card numbers, contact information, and Social Security numbers are not the only types of data that hackers are after. It’s possible that hackers could gain access to confidential data such as pricing lists and trade secrets. If this information is leaked to the public or directly given to a competitor in the industry, it could affect the business’s ability to compete. A business that suffers this fate has to work quickly not only to keep their customers’ trust, but also to regain their competitive advantage.

Many data breaches occur when the devices that contain the data are disposed of by a business. To prevent this problem, trust ERI with the disposal of your electronic devices. We follow all data destruction best practices and allow you to watch the destruction live to ease your concerns. As the largest recycler of electronic devices in the world, we are trusted with the e-waste produced by many Fortune 500 companies. For more information on recycling your electronics, or to request a quote for your company, contact us today.