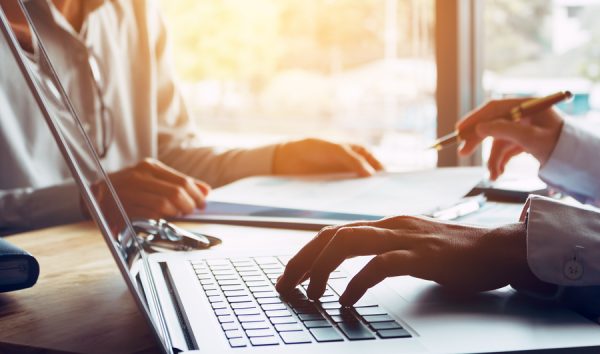 It’s important for businesses to understand that data breaches are becoming increasingly common and are targeting businesses of all sizes and in all industries. However, many businesses are still not taking these risks seriously. But, a new study published by Gemalto about the link between data breaches and customer loyalty may finally convince decision makers that it’s time to invest in cybersecurity. Over 10,000 consumers were asked to participate in the study and share their thoughts on cybersecurity and the safety of their data. Here’s a look at the major findings:

Businesses Can Lose Customers After A Data Breach

A data breach could cause customers to rethink who they do business with even if they are loyal to a certain company. In fact, 70% of consumers who participated in this study said that they would no longer do business with a company if they found out the company had been affected by a data breach. Obviously, this indicates that businesses could lose a great deal of their existing customers if they are not protecting their sensitive data.

Consumers Believe Businesses Are At Fault For Breaches

The majority of consumers surveyed believe that each company is responsible for protecting their own data. These consumers believe that companies that have been breached are at fault because they failed to adequately protect their data. In fact, three-quarters of consumers surveyed think that companies are not doing enough to protect their customers’ personal information. Consumers believe companies are not taking cybersecurity seriously and should invest more heavily in it.

Based on the results of this survey, it’s clear that consumers are passionate about this issue. In fact, 93% of consumers surveyed feel so strongly about it that they would be willing to take legal action against the company that was breached if their personal information was stolen.

These results show that consumers could turn against a company quickly after a data breach. Since so many consumers are willing to go as far as taking legal action, it could be very difficult for companies to win back customers’ loyalty after a breach.

Consumers Aren’t Willing to Protect Their Own Data

The researchers also asked the participants to answer questions related to how they protect their own data. The answers revealed that even though consumers expect companies to go above and beyond to protect their data, they are not willing to make the same effort.

Over half of the consumers surveyed admit to using the same password on multiple sites, which is not recommended. Consumers also admitted that they rarely use other security features such as two-factor authentication to secure their accounts.

Since over three-quarters of data breaches occur as a result of weak or stolen log-in credentials, it’s important for consumers to make more of an effort to protect their personal information. However, based on this survey, they may not be willing to do so, and if a breach does occur, they will place the blame on the company instead of taking responsibility for it themselves. Therefore, businesses should begin encouraging their customers to follow certain procedures to secure their accounts. If businesses fail to encourage their customers to protect their accounts, they could be blamed when their customers’ data is compromised, even if there was nothing the business could do to prevent it.

Consumers Believe Their Data Will Be Compromised

About 30% of the consumers surveyed said they had been personally affected by a data breach in the past. Twenty-seven percent revealed that their personal or financial information had been fraudulently used as a result of a data breach. Many consumers that have not been affected by data breaches in the past believe that it is inevitable that they will be affected in the future. As a matter of fact, 16% percent of the consumers surveyed believe that there is a strong chance they could be affected by a breach within the next year.

Which Businesses Do Consumers Trust?

Researchers also asked consumers to list the types of businesses that they trust the most and the least when it comes to cybersecurity. Surprisingly, about one-third of the consumers surveyed said that they trust banks, even though financial institutions are often targeted by hackers. About 10% of consumers surveyed trust the government, which is another popular target for hackers. Over half of the consumers surveyed trust social media companies such as Facebook and Twitter the least and view these companies as huge threats to their personal information. The participants are also hesitant to trust travel websites such as Expedia and Orbitz.

The Importance of Protecting Customers’ Data

The results of this survey show that a customer’s view of a company could completely change after a data breach. Because customers believe it is the company’s responsibility to protect their data, a breach could cause customers to lose all trust and respect for a company.

Prevent data breaches during the disposal of unwanted or obsolete IT assets by working with a reputable e-waste recycler. ERI is the leading e-waste recycler in the country and the top choice for businesses that want to ensure their sensitive data is protected at all costs. For more information on recycling your electronics and destroying sensitive data, or to request a quote for your company, contact us today.