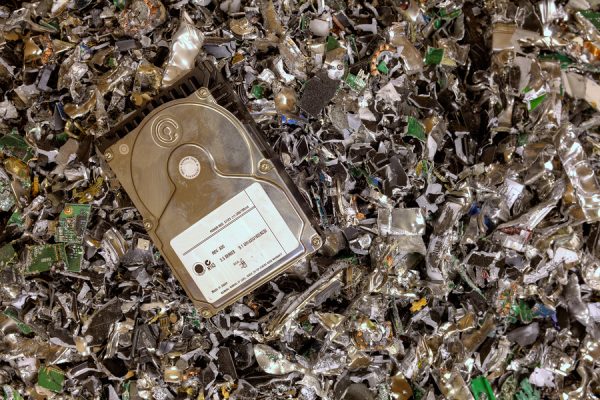 Electronic waste, or e-waste, is a growing problem. People all over the world have contributed to this problem by throwing away electronic waste instead of recycling it responsibly. However, a new study reveals that the people in some countries contribute much more e-waste than others.

An Overview of the Bureau of International Recycling (BIR) Study

The Bureau of International Recycling (BIR) recently funded a study that was completed by researchers at the University of Athens. The researchers’ goal was to break down the production of e-waste by global region to determine which areas produce the highest volumes. This information can also be used as a baseline so e-waste growth can be accurately measured in the future.

The study revealed that more than 6.7 million metric tons of ICT e-waste was produced in 2016. ICT e-waste includes computers, laptops, smartphones, and other similar devices. Another 4.2 million metric tons of consumer electronic waste was also produced during this time period. However, the total amount of e-waste produced globally in 2016 is actually much higher. This is because these numbers only reflect the amount of ICT and consumer electronic e-waste produced, and do not account for other types of electronic waste.

The Amount of E-Waste Produced Per Person

Based on these numbers, it is clear that the Asia-Pacific and Western Europe regions produce the most e-waste overall. However, the numbers paint a very different picture if they are broken down to show the amount of e-waste produced per person.

The Movement of E-Waste Across the Globe

The researchers were not able to calculate the exact amount of e-waste being sent from developed countries to developing countries. Instead, they relied solely on research previously conducted. The researchers reported that about 8% of all e-waste produced in the U.S. was exported to other countries, mainly China, Paraguay, Venezuela, and Mexico.

Sending e-waste to developing countries is a dangerous practice that increases the risk of environmental contamination. This is another part of the global e-waste problem that needs to be addressed as soon as possible to protect the planet and people around the world.

The Future of the E-Waste Problem

The researchers who conducted this study also attempted to predict what will happen to the e-waste problem in the future. Researchers believe that the e-waste problem will grow rapidly over the next seven years, reaching 58.9 million metric tons globally in 2025. They reached this conclusion based on the growth in the consumer electronic industry and the average lifespan of these products. People are replacing their electronic devices with new models faster than ever before, which means they are also producing more e-waste now than in the past.

Researchers predicted that the Asia-Pacific countries will see the most growth in e-waste production by 2025. They estimated that this region will experience a 49% growth in e-waste production, whereas the estimated growth for Western Europe is only 13%. The U.S. and Canada are expected to increase their e-waste generation by about 16% through 2025. As a whole, the researchers predict that the global production of e-waste will be approximately 58.9 million metric tons in 2025.

It is far too soon to tell whether these predictions are accurate, however the numbers should still serve as a wake-up call to those who do not understand the severity of the global e-waste problem.

Do your part to combat the e-waste problem by disposing of your e-waste in a responsible manner. ERI is the e-waste recycler trusted by countless clients in both the public and private sector. With eight secure facilities located throughout the U.S., ERI the leading e-waste recycler in the country. For more information on data destruction and recycling your electronics, or to request a quote for your company, contact us today.