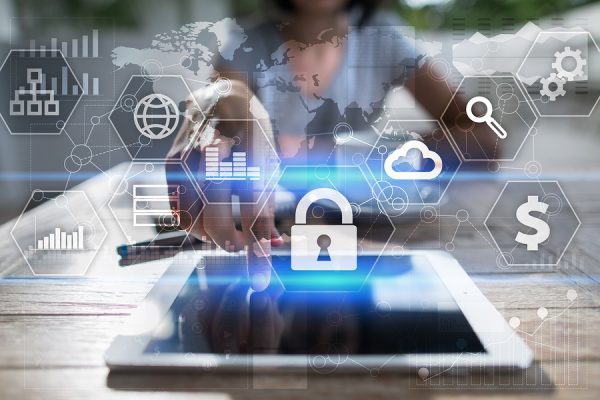 Technology and the mass adoption of the internet is on the rise, but unfortunately, so is the prevalence of cyber crime.

The internet has become a vital part of our daily lives. What was once a tool used mainly for electronic mail, the internet has evolved into something much bigger than we ever thought possible. It has been embedded into our lives to the point where we can no longer live without it. Because of that simple fact, more and more criminals are using the internet to steal people’s identities, commit fraud, and illegally transfer intellectual property.

If there’s one thing that we’ve learned in the last few years, it’s that cybercrime should not be ignored, nor is it going away. As technology gets better over time, so are the criminals and hackers that are constantly exploiting average people like you and me.

To put things into perspective, here are some scary stats you might not have known.

Cybercrime Profitability Has Grown to $1.5 Trillion

And that’s a conservative estimate.

According to RSA, a cybersecurity company, one of the reasons why cybercrime is on the rise is because of how profitable it is. Based on their studies, the cybercriminal economy has grown to $1.5 USD trillion annually. That’s more than the GDP of some countries. If it were a country, the cybercrime economy would have the 13th largest GDP in the world.

Let that sink in for a moment.

By 2021, Cybercrime Damages Will Reach $6 Trillion

Ok, so you now know why it pays to be a criminal on the internet.

But because it’s a zero-sum game, in order for criminals to gain someone’s got to lose, right?

Well, according to the 2017 Official Annual Cybercrime Report, it’s estimated that by 2021, cyber crime will cost $6 trillion annually. That’s double what it was back in 2015.

According to Symantec’s 2018 Internet Security Threat Report (ISTR), a whopping 55% of all email is spam.

In addition to that, their data also shows that the average user receives 16 malicious spam emails every month — some being phishing emails that have the intention of stealing your sensitive and valuable information.

One of the reasons why criminals utilize phishing emails is because of the simple reason that most people can’t identify one. It’s hard to differentiate between a real email and a fake one. Criminals have gotten so good at creating these emails that they can almost attain any type of personal information they want: bank account credentials, credit card numbers, social security numbers — you name it.

Mobile Platforms are Becoming the Main Focus for Cyber Criminals

The world has gone mobile, and so have cyber criminals when it comes to their shift in focus. According to the same Symantec Internet Security Threat Report mentioned earlier, criminals are targeting mobile devices more than ever. If you own an Android, beware. They’re more susceptible to being attacked compared to their iOS (iPhone) counterparts.

Unlike other devices, the biggest risk in mobile is with data and privacy issues. For instance, there are tens of thousands of malicious mobile apps that are being blocked daily because they ask for your phone numbers with the intent of stealing them. Some apps also try and steal other sensitive information such as your location. That’s not something you want to mess around with.

1 in 10 Home Networks Have Experienced a Cyber Attack

If hackers aren’t trying to hack your mobile phones, they sure are trying to get into your home network.

Because a vast majority of US consumers now own a wifi in their homes (over 80%), they’re also becoming another target for criminals. A recent event sponsored by Hartford Steam Boiler showed that 1 in 10 home networks have experienced a cyber attack. The attacks usually start through home wifi systems where hackers will then try and find other entry points in other devices that are connected to the wifi network. Not only are your computers being breached, but so are your cell phones and other IoT (Internet of Things) devices such as your smart TVs, thermostats, security cameras, etc.

Once hackers have accessed and hijacked your devices, they can then steal your personal and financial information. Or even worse, hold your computer files for ransom.

Cybercrime is the Biggest Threat to Every Company In the World

They don’t just go for the small businesses. Even Fortune 500 companies are susceptible to attack. In fact, hackers love breaching into big businesses because of all the personal data they hold (hence the recent Equifax hack that affected millions of people all over the US). This was only one of the many breaches for large, commonly used companies today.

Unfortunately, these attacks on organizations don’t just happen in the US. Cyber attacks happen on a global scale, and they occur on a regular basis in every industry. It has become the greatest threat to every company in the world, both big and small.

It Takes 3-6 Months for Companies to Recognize a Breach

We’re saving the most terrifying statistic for last.

A cybersecurity report conducted by the Ponemon Institute suggests that once a data breach occurs, it takes an average of 97 days for financial firms to detect an intrusion, and about 197 days for retail companies.

Because of the length of time it takes companies to recognize a breach, it actually allows criminals to perform more attacks and steal more information. In fact, research suggests that companies are attacked over 50 times in a single month.

Recognizing the Importance of Security

As you can see, there is great concern that surrounds the internet, personal devices, property and information, and that of businesses as well. Keep this in mind as you are using the internet, setting up your personal data and the ways that you are keeping it safe. Stay educated and aware about the ways in which cybersecurity might impact you as well as the ways you can stay safe. In today’s world that’s no easy feat, but it can make all of the difference.