E-Waste and Global Warming – Facts You Should Know 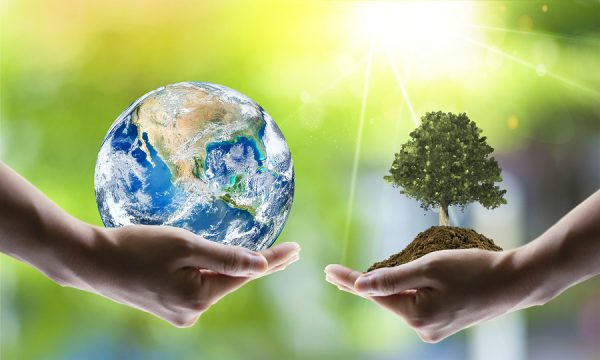 Whether you believe in global warming or not, we can all agree that being more sustainable, polluting less, and reusing more is good for the planet and those that inhabit it.

Global warming and sustainability is something every person should find concerning. It’s not just a case of having temperatures that warmer than normal. Global warming is about the weather and atmospheric conditions that reach extremes and are unusual. To better understand this, NASA tracked glacier thickness in Alaska from 2003 to 2010. In that seven-year time span, 32s gigatons (322 million tons) of ice melted.

#1 – Half of the U.S. Doesn’t Require Electronics Recycling

There are 25 states in the U.S. that have not passed any laws requiring e-waste to be recycled. Those states include Arizona, Colorado, Florida, Georgia, Massachusetts, and Nevada. That’s just a small portion. Of those that have passed e-waste laws, California and Utah are the only two states that do not make the electronics manufacturers responsible for the cost of recycling.

In 2016, Apple came out with the Liam robot. This robot was able to breakdown 360 iPhones in one day. The problem is that people buy new devices faster than that. According to Statista, through 2017 an average of 593,863 iPhones were sold each day.

That is just iPhones. There are so many other electronics out there that are being replaced. Tablets, laptops, desktops, printers, copiers, and phone systems are others. It takes companies like ERI Direct to help recycle electronics safely. ERI’s eight locations are able to shred 1 billion pounds each year.

#3 – Phones Are Packed With Metals That Are Best Recycled

According to the EPA, every 1 million cell phones that are recycled recovers 35,000 pounds of copper, 772 pounds of silver, 75 pounds of gold, and 33 pounds of palladium. You’ll eliminate the damage to the earth and the energy it takes to mine those metals or chemical elements.

Palladium is a carcinogen that has been found in dust particles and air. Studies find that it can damage the liver and kidneys. It’s also been found to impact bone marrow. Mercury is also found in electronics and is linked to problems with the digestive, immune, and nervous system.

#4 – Gases Cause the Greenhouse Effect

Certain gases cause the Greenhouse Effect that is impacting Global Warming. Methane is one of those gases. It’s the end result of digestion and manure management. It’s also produced by decomposition in landfills. The use of fossil fuels to heat homes, run cars, and handle biomass burning increases nitrous oxide, which is another gas to be concerned about. Finally, burning fossil fuels also increases the release of carbon dioxide.

Trash incinerators burn trash in a kiln that is kept at a very high temperature. Air and the shredded waste fuel the fire. As the trash burns, gases are released into the atmosphere. Filters may capture some of it, but it’s not a guarantee. The particles from plastics and metals in electronic items can also get into the atmosphere where they add to the Greenhouse Effect and impact Global Warming.

#5 – Not All Recycling Centers Take Steps to Protect the Air, Land, and Water

If you consider the world’s entire population, each year approximately 15 pounds of e-waste are generated per person. That millions of tons of e-waste, yet only 20% is recycled. The rest is sent to landfills or incinerated. Heavy metals from electronic devices that are burned or buried in the ground end up in the air, soil, and water.

R2 certified electronics recycling companies follow rules and regulations that protect the environment. They repair electronics for reuse when possible. They recycle the materials like glass, plastic, and metals from electronics if the item cannot be repaired and reused. An R2 facility tracks data destruction, recycling, and other steps taken to ensure the electronics are properly recycled or refurbished. Workers and the environment are protected throughout the recycling cycle.

The other certification to look for is e-Stewards. This certification is only given to e-waste recyclers who handle recycling personally and do not ship any e-waste to another country. The e-Stewards Pledge ensures recyclers establish and follow safe practices for handling and recycling hazardous materials.

We need to work together to protect our environment and keep e-waste from contaminating the air, soil, and water. ERI’s recycling solutions make it easy to recycle all forms of electronics. ERI Direct holds certification from several organizations, including e-Stewards and R2. If items still have value, we can refurbish them for resale. If the item has served its lifespan, we can completely wipe data to prevent theft and breakdown the item into materials that can be melted down and reused.

Talk to us about our ITAD, data destruction, and electronics recycling options.  We’re available via email or by phone at 1-800-ERI-DIRECT.