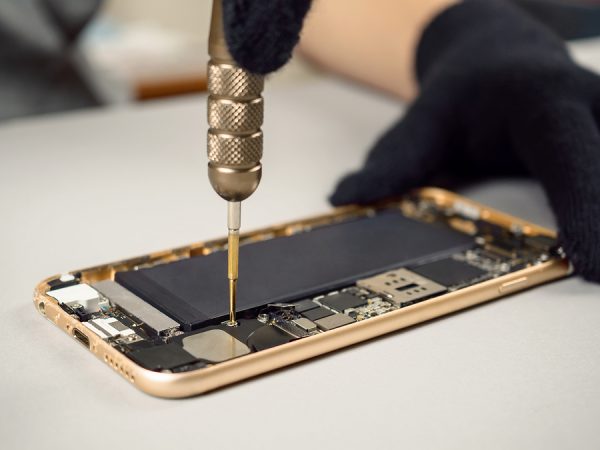 In 2020, only half of the U.S. has enacted laws or regulations that mandate e-recycling. Many still do not have any laws on the books. Only 19 states ban electronics from landfills. Even with current laws, Statista reports that only 20% of e-waste is properly documented, collected, and recycled. That’s frightening if you stop and consider that around 54 million metric tons of e-waste were generated in 2019. There’s still work to be done.

Privacy laws are also important. Data breaches have affected millions of people who trust in companies like Equifax, Facebook, Marriott, Yahoo!, and many others to keep information secure. There are also thefts caused by improper data destruction when recycling electronics or decommissioning data centers.

Every year, electronic recycling laws and privacy laws are amended and added in hopes of adding new or upgraded protections to the environment and its people. Some regulations face changes as recycling facilities and waste districts deal with shutdowns or limited staffing due to COVID-19. Here are some of the laws being added or upgraded in 2021.

New or Expected Laws in the U.S.

Several new laws are expected around the world. The U.S. is using some of these to come up with similar laws and regulations. In the U.S., these are some of the new laws or regulations that stand out.

Could Locked Phones Be a Thing of the Past?

One area of discussion that’s expected to happen in 2021 involves carrier-locked cell phones. Until now, the only way to avoid buying a new phone when switching carriers was to invest in an unlocked phone. Unlocked phones tend to be more expensive, which drives consumers to get locked phones. If they’re dissatisfied with their carrier’s service or prices, they’re stuck buying another carrier’s phone in order to switch.

Every three years, the U.S. Congress looks at current digital rights laws. It’s expected that bans on carrier-locked phones may finally be addressed now that Canada, Singapore, and the U.K. have banned them. If this passes, all phones would be unlocked, which reduces the need to continually buy new phones before changing service providers. The amount of e-waste generated through regular phone upgrades would decrease.

Ordinances 190113 and 190114 are taking effect in 2021 in Oregon. They both stop private entities and city departments from requiring the use of facial recognition technology. No. 190114 specifically bans the use in public spaces except for personal verification. It’s meant to address concerns about civil liberties, privacy, and bias.

Oregon is not the only state looking at security and privacy issues with facial recognition technology. Washington’s Washington Privacy Act of 2021 is being introduced in 2021. New York has banned the requirement for student identification.

In California, a new law takes place on January 1st that requires employers to let workers know if someone in their work area has COVID. If there’s an outbreak, the Department of Health must be notified. Those who may have been exposed need to be informed so that they can get tested and self-quarantine if necessary. The information must be presented without making it apparent which worker is sick. They must also keep these records stored for three years.

As this delves into the area of storing some medical records, companies need to be extra vigilant that they don’t violate any HIPAA laws when it comes to revealing information without revealing who is sick. They also need to make sure the security measures taken for storing this information are also maintained and disposed of properly after three years pass.

Back in January 2020, the California Consumer Privacy Act went into effect. In November, California voters agreed to amendments that add new restrictions on the information that companies can collect and share. It allows consumers to opt-out of allowing businesses to use any personal information that’s been collected unless they have permission.

With this change, fines for selling a child’s private information are tripled. A new branch of enforcement, the California Privacy Protection Agency, is also created. Businesses must understand this new law, how it applies to them, and ensure they’re taking extra steps to verify how consumers feel about them sharing information and having a fail-proof way to ensure they’re not inadvertently sharing information without consent.

While California is the first state to enact these regulations, Florida, Nebraska, Maryland, New Hampshire, New York, North Dakota, Virginia, and Washington are working on similar bills. Washington may be the first to enact it at some point in 2021.

Information that is stored needs to be kept secure. When electronic items like laptops, printers, and tablets are used to store consumer records, the items cannot be disposed of without first destroying the data.

What’s Happening in Other Countries?

The U.S. isn’t the only country in the world that’s looking at solving some of the e-waste issues. Many countries are trying to find ways to reduce the e-waste that’s generated. They’re also concerned about following through on privacy laws that were enacted in 2020. Here are some of the other laws and regulations changing in 2021.

Ontario, Canada, starts the enforcement of a new 70% goal in 2021. This regulation enforces businesses and other producers of e-waste to reuse, resell, and responsibly recycle electronics. One goal is to make sure electronic devices meet their complete life cycle and don’t get disposed of before they’re actually defunct. Eco-design is the other step that’s being weighed to help reduce the amount of e-waste that’s being produced.

Starting January 1, 2021, Thailand is banning all imported e-waste as part of the Basel Convention’s Ban Amendment. It’s expected that this will be the start of bans on imported hazardous waste. Hopes are that every country that produces e-waste will be responsible for recycling it properly and not shipping it overseas. Thailand’s not the only country banning imported waste. China is following suit with a ban on all solid waste, and Malaysia is banning plastic waste.

Over in the European Union, a new law is being discussed for 2021 that will make it easier for residents of countries in the EU to have electronics repaired. They’ll be able to choose any repair company they want or do it themselves and not fear that they’ll void the warranty. It also will provide clearer information on how long an appliance or electronic device should last.

France already voted and plans to have electronics like computers, smartphones, TVs, and washing machines labeled with ratings on how easy an electronic item is to repair starting in 2021. The goal is to have easy-to-follow instructions that consumers can use to make simple repairs on their own without voiding the warranty.

Could similar laws make their way over in the U.S.? It’s possible. The goal is to reduce waste and reuse as much as possible. Even without laws in place, business owners and consumers should do their part to use their electronic items for a full cycle, refurbish broken electronics, and appropriately recycle the rest.

What if you don’t have electronics recycling as an option at your nearest waste and recycling facility? ERI offers recycling boxes that allow you to securely recycle unneeded electronics from your home or business. Get the appropriate box, place the prepaid mailing label on the sealed box, and send it to one of our secure processing facilities for data destruction, refurbishing, or e-recycling. Order your secure recycling boxes online.