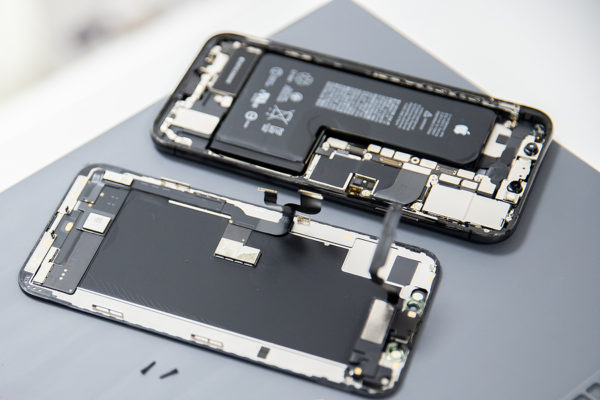 Lithium-ion batteries are a type of rechargeable battery used in electronics and cars. You’ll find them in cordless tools, laptops, smartphones, digital cameras, and electric cars, bicycles, and wheelchairs. The first lithium-ion battery was developed during the 1980s, but these batteries became a commercial product in the 1990s. Since then, there have been concerns over the best ways to recycle them.

The average lifespan of a lithium-ion battery depends on its use and storage situations. The battery’s capacity diminishes over time. In one year, Cadex Electronics says a battery can lose 20% of its capacity in the first year. If the phone is kept in a hot environment like a car or attic regularly, it will lose up to 35% of its capacity in the first year. For this reason, most batteries are dead within four years. At this point, they must be recycled, but recycling can be risky as the batteries are prone to fires and explosions when handled improperly.

How Can Something so Small Be Such a Risk?

To understand why a lithium-ion battery is such a risk when it comes to recycling, it’s important to understand how they are made. There are three main parts in this type of battery and they’re the positive electrodes (usually lithium cobalt oxide, lithium iron phosphate, or lithium manganese oxide), negative electrodes (usually graphite), and electrolyte. That electrolyte is a solvent mixed with lithium salt.

Lithium in its pure form reacts to water and produces lithium hydroxide and hydrogen gas. That’s why the batteries always have a hard case to keep water and moisture out. If the case gets damaged, a fire or explosion may occur. In a recycling or garbage truck or plant, that can trigger a disastrous fire. It’s happened enough that fire chiefs across the nation are spreading the word that consumers need to be very careful about how they dispose of them.

The Damage an Improperly Disposed of Lithium-Ion Battery Causes

In 2019, a garbage truck caught fire after a person threw out a lithium-ion battery into the regular trash. When the battery was damaged when the truck compressed the trash it had picked up, the damage led to a fire. The truck driver had to quickly dump his load of trash to save the truck from going up in flames. There were no injuries, but the fire chief said people need to be aware and bring lithium-ion batteries to a recycling center for proper disposal.

That same year, a recycling truck in Washington caught fire and had to dump its fiery load of cardboard, plastics, and other recyclables onto the street for fire crews to extinguish. It took four hours to clean up. A lithium-ion battery was found to have ignited the load of recyclables.

Back in 2018, a five-alarm fire in Queens, New York, stopped all lines of Long Island Rail and burned a large percentage of the recycling plant. It took 200 firefighters almost a full day to completely extinguish the blaze. One firefighter was injured in the process. Further investigation found a lithium-ion battery started the fire.

The California Product Stewardship Council looked at fires at California waste facilities. Over 50% of fires in these facilities were linked to batteries. Many of the issues arise when people put lithium-ion batteries in their wheeled bins. They must be recycled by bringing them to a facility and not placed in your bin or recycled safely following your local recycling company’s rules.

Waste and recycling facilities aren’t the only places where lithium-ion batteries are causing problems with fires. In just 10 years, the Federal Aviation Authority reported that passengers’ rechargeable batteries led to 280 hazardous situations on planes. Samsung Galaxy 7 fires during flights were one of the common dangers.

Electronic cigarettes or vapes also contain lithium-ion batteries. A 24-year-old man and his family learned the hard way when his battery exploded while he was using his vape pen back in 2019. Shrapnel from the vape went into his face and neck and killed him. A similar thing happened in Florida that same year leaving a man with injuries to his face and damage to his home when the explosion started a fire.

Thousands have had the vapes explode in their pockets or face leading from burn injuries to fatalities. Those who survived their injuries say they had no idea the batteries in the vape pens could explode. They can and that’s why it’s so important that rechargeable batteries get used and recycled properly.

How Do You Safely Recycle Batteries?

If they’re so dangerous, how do you recycle lithium-ion batteries? It is a complex process that starts by safely removing and recycling the plastic and metal components. Low-emission processes are used to recover the cobalt, lithium, manganese, and nickel components within the battery.

Once in their raw material form, they are sent to battery manufacturers who reuse them to make new batteries. Not every component can be reused, but as much as 80% of a dead lithium-ion battery can be reused to make a new one. That’s pretty good when you consider the recycling rate used to be just 50%.

Ask your local district what the rules are on recycling lithium-ion batteries. If you can remove them from the device, see if you can recycle them through curbside pick-up, It’s recommended that you use heavy-duty tape and cover both ends of a reusable battery. Place them in a clear storage bag and leave them on top of your recycling bin.

If you’re bringing them to a facility, tape the ends. That prevents something metallic like a paper clip or piece of scrap metal from touching the contacts and heating the battery, which can trigger an explosion or fire. Depending on how many batteries you need to recycle, you may be asked to put multiples in a sealed bucket and let them know how many batteries are in that bucket.

Sometimes, lithium-ion rechargeable batteries are glued into the device. If you have a battery in a cellphone, tablet, or other device and can’t remove it, you need to recycle the entire device following guidelines in your area. You need to choose a recycling company that destroys the data on your device so that nothing of value is accessible. If you have a photo of your passport or driver’s license stored on your phone, a factory reset eliminates the quick paths to that information, but a person could recover them if desired. Data destruction is essential.

Do you struggle with finding time to recycle batteries in your district when the hours aren’t compatible with your work hours? You’re not alone. When a recycling facility is only open from 10 a.m. to 3 p.m. during the workweek and 9 to noon on Saturdays, getting to a facility to drop off items can be a challenge. ERI came up with an easier way to ensure your batteries are recycled properly.

Purchase a Battery Recycling Box and recycle up to 43 pounds of dead or unneeded batteries with ease. Buy the boxes in singles, two-packs, or five-packs and be able to recycle your home or office’s spent batteries. The cost of the box/boxes includes shipping, handling, and all disposal fees. Through the Battery Recycling Box program, recycle your alkaline, lead, lithium-ion, mercury, NiCd, NiMh, and silver batteries. Order boxes for your business, home, community, or school at shop.eridirect.com.