Components That Make Up Solar Panels 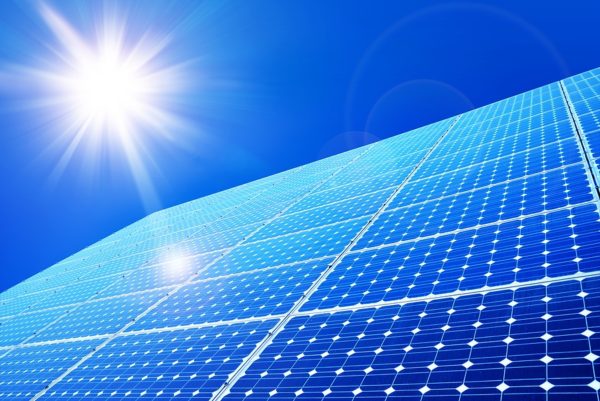 Have you ever thought about what goes into a solar panel? If you’re not directly involved in their creation, you may have no idea how many layers are actually in a single panel. Homeowners sign up to have them installed on the roof by a local solar panel installer, but little information is given on how these panels and systems are constructed.

Stanford researchers estimate that there are almost 1.5 million solar panels in the U.S. These solar panels are found in solar farms, on top of businesses’ roofs, and at people’s homes. The average number of solar panels in a residential setting is about 20 panels. By 2030, the Office of Energy Efficiency & Renewable Energy estimates that 1 out of every 7 homes will have solar panels on the roof.

All of those solar panels are helping reduce reliance on fossil fuels for electricity. There’s no debate that alternative energies are essential if we’re going to slow global warming. At the same time, most solar panels have a lifespan of 30 to 35 years. At its end-of-life, a solar panel has the potential to add a lot of waste to landfills. When they’re no longer viable, what happens to those solar panels? The good news is they are recyclable.

In the U.S., about 70% of solar panel installations are still young. Many are not much older than five years or so. When they do stop producing power, photovoltaic (PV) end-of-life management is a key consideration. In less than 10 years, it’s estimated that as much as 1 million tons of PV waste will be generated. Recycling processes can be more expensive than the materials are worth, so the U.S. Department of Energy has been looking at ways to make this process efficient and effective.

Before recycling happens, it’s essential to look at the different components in a solar panel. The panel is just a small part of a solar energy system. You also have the cables, the hangers, the solar inverter, and the computer components that connect to the solar panel company for tracking your panels’ production. Your solar energy system may have a wall plug-in that connects to your router wirelessly, or you might need to join the plug-in box to your modem with an ethernet cable. You need to recycle all of these components responsibly.

How Is a Solar Panel Made?

So, what’s in a solar panel? There are several types of solar panels, but the basic components are the same. A solar panel is a mix of glass, plastic, and metal. Around 80% of a solar panel’s weight is aluminum and glass, which are easy items to recycle. With care, any solar panel can be recycled and turned into new products. They don’t have to end up in a landfill. Sure, some materials end up in waste, but it’s usually no more than 10%, which is far better than expected given the complexity of a solar panel’s construction.

The main component in a solar array is the solar panel. The bottom of the panel is a sheet of polymeric laminate that may be polyethylene terephthalate (PET or ♳) or polyvinyl fluoride (PVF). Next is a film of polymeric encapsulation. That’s usually made of flexible ethylene vinyl acetate (EVA). PVF and EVA plastics are in the “other” or ♹ category.

Above those plastic layers are your solar cells and the busbar that helps transfer energy from the sun. Solar cells contain aluminum, the silicon wafer, the anti-reflective coating of silicon nitride, and then the grid that’s made from silver (Ag). Each wafer is secured with a metal busbar that’s coated in tin. When it comes to the solar cells, that’s where a key difference is found. Monocrystalline solar panels use bars of silicon that are sliced into thin wafers that create the entire panel. Polycrystalline solar panels use silicon that’s melted together to form a wafer. Polycrystalline is less efficient, so it’s not as popular.

To protect those solar cells from weather, They’re coated with a second encapsulation film. Finally, they’re finish with a sheet of low-Fe tempered glass and an aluminum frame.

That’s the panel, but there are many other components in a solar array that you can also recycle. Below a solar panel is a junction box and cables that connect each panel to the electricity meter and the solar power inverter that’s inside the home or garage. Those cables contain metal wiring that’s coated with a weatherproof plastic coating.

A solar panel can only do so much. It captures the energy from the sun, but the DC electricity has to be converted to AC electricity before it can provide power to a home or business’s appliances. You have the junction box and cables that run from the solar panels to the solar inverter. It’s in that inverter where the energy is converted. The power that’s not needed goes back out to the grid through additional cables.

The solar inverter is a metal or plastic case that contains circuit boards, capacitors, computer chips, and a motherboard. That adds to the plastic and metal components that you can recycle. The small glass screen over the display is also recyclable.

Many solar companies that lease or sell solar arrays for residential use have a plug-in reader that transmits the data from the solar inverter. If your solar array uses one, you also have that plug-in device to recycle. It contains metal, plastic, and circuit boards. There’s also the ethernet cable to recycle if the plug-in device isn’t wireless and you have no need for it elsewhere.

How Are Solar Panels Recycled?

You need to recycle a solar array. We can help. At ERI, we safely recycle PV modules, inverters and microinverters, racking equipment, and trackers. We recycle all types of PV solar panels, including thin-film, shingle, monocrystalline, or polycrystalline. How do we do this? It’s a lengthy process that covers three basic steps.

Silicon, plastics, glass, and metals are all recovered in solar panel recycling. Manufacturers can reuse them to make new solar panels and other items. It keeps waste out of the landfill and reduces the number of raw materials needed to create new products. Recycled silicon is used to make new silicon wafers.

Give our experts a call. Our team works with you to recover and remove the solar panels and equipment. The solar array is transported to our facility, where it is recycled in a cost-effective, responsible manner. Reach us at 1-800-ERI-DIRECT with your solar panel recycling and PV management needs.