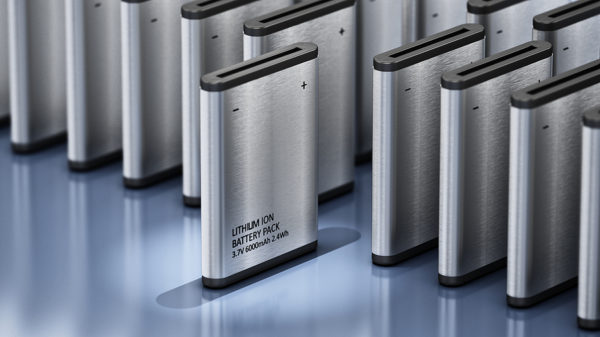 Lithium batteries are in everything. It’s highly likely that you own at least a dozen items containing a lithium battery. You possess so many things with these batteries that you may not even realize how many items have this type of rechargeable battery.

Look around your home or office. If you have a 10-year smoke, fire, or carbon monoxide detector that doesn’t require a battery change, you have several items with lithium batteries. Your smartphone, wireless earbuds or headset, wireless gaming controller, laptop, and tablet have lithium batteries. They’re also in your power banks, some remote controls, e-reader, digital camera, smartwatch, and some flashlights. Do you own an electric mower, rechargeable tools, or an electric car? They’re in those, too.

It’s expected that the lithium battery market will soar to $80 billion within five years. These batteries are in everything from automobiles to rechargeable power tools. They’re in cameras, cellphones, and smoke detectors. When it comes to recycling, the process is complex, and it comes down to the type of lithium battery, too. There are several types of lithium batteries, including:

As each of these batteries is formed in a different manner, it can make them hard to recycle. The federal government also hasn’t determined that all lithium batteries are hazardous waste. In 1996, The Rechargeable Battery Recycling Act touched on recycling and properly disposing of sealed lead-acid and nickel-cadmium batteries.

While lithium batteries are not included in this act, the EPA’s website does state consumers should send their devices containing these batteries or the batteries to an area recycling center, a waste collection program, or a store that recycles electronics. They are considered hazardous waste. Consumers are not bound by the federal hazardous waste laws, but your state may have different laws.

The Resource Conservation and Recovery Act does prohibit businesses from throwing away anything declared hazardous waste. Companies must properly recycle dangerous waste, including lithium batteries. If you own a business, you need to make sure you’re collecting rechargeable batteries and electronic items that contain lithium batteries.

Why Should You Recycle?

Lithium batteries contain heavy metals that cannot go into the trash. When people throw them out, it leads to fires. In September 2020, a fire broke out in an Oregon trash company when someone threw a lithium-ion battery into the trash. The compactor ruptured the battery leading to a fire that the local firefighters quickly extinguished. This compactor fire is one of the dozens of reports in the past few years.

It’s not just trash that gets set on fire. In Tulsa, Oklahoma, a lithium-ion battery in household recyclables started a fire when it was damaged. The battery set other recyclables like cardboard and paper on fire. This led to the City of Tulsa warning people not to put their batteries in their recycling bin. They need to be separated and recycled in a battery recycling bin at your local facility or a store like Home Depot that accepts dead or old batteries.

There’s another reason to recycle lithium batteries. They contain valuable materials that could run out and are impossible to create artificially. There are four main components to a lithium battery.

You need materials like cobalt, graphite, lithium, manganese, and nickel to make those components. These materials are mined and do not have infinite supplies. With the increasing demand for these materials, there is the risk of running out of materials at some point. Recycling must be practiced to prevent shortages, unfair treatment of the miners, and protect the environment. Batteries also often contain some plastic, aluminum, and copper. Reusing these materials is essential and part of the goal of a circular economy.

To get people to recycle their lithium batteries, some major retailers accept them in drop-off bins. Most ask that you use electrical tape to tape the ends. You can also bring them to your local recycling center. ERI offers mail-in boxes that you fill with your dead or broken electronics and unnecessary lithium batteries and ship via UPS to ERI for proper recycling if those are not viable options. Once they arrive, what happens to the batteries? How are they recycled?

How Lithium Batteries Are Recycled

Before batteries are recycled, the recycling professionals need to sort them by type of battery. Each type needs to be appropriately recycled, given the differences in the chemical make-up. If you’re going to save the lithium, you have to know what battery you’re recycling. The problem is that recycling lithium from metals and plastic isn’t always cost-effective. This process is more affordable, but there are still problems. Froth flotation often uses kerosene. That’s a lot of kerosene being used, and it’s using hydrocarbons.

A different technique is more environmentally friendly. It involves removing the cathodes and soaking them in a hot lithium salt bath. That leaves a powder which is then heated and allowed to cool slowly. Once the cathode structure is restored, it can be turned into a new battery by adding new lithium ions. This method uses less energy and new materials. Plus, the batteries have the same charging rates and storage capacity as brand new lithium batteries.

One of the largest battery recycling companies came up with a patented process to recycle batteries. A chemical solution dissolves the metals and plastics and leaves them in a form known as the “black mass.” This mass is then further processed to separate the plastic and metal.

The goal that’s being met by lithium battery recycling is to keep cobalt, copper, lithium, and nickel out of landfills. They’re collected, melted down, and made into new products. It keeps the circular economy moving forward.

Buy battery recycling boxes from ERI and enjoy the convenience of not having to load dead lithium batteries into your company or personal vehicle, and find an open recycling facility. The boxes are shipped to your home or office for you to fill at your convenience. Seal it up, attach the return label, and call UPS for pick-up when the container is full. Recycling lithium batteries is that easy.