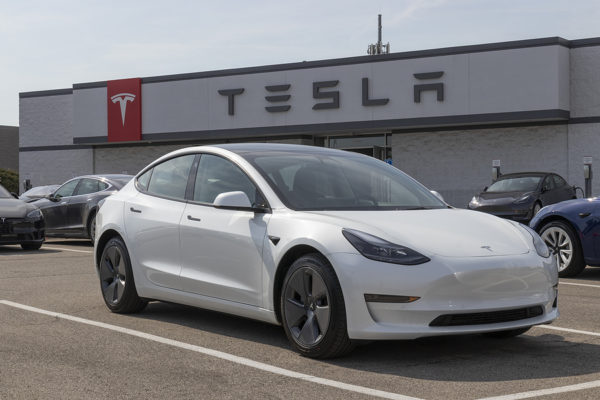 Elon Musk tweeted that the battery modules in a Model 3 are designed to last 300,000 to 500,000 miles. As every driver is different, it’s better to measure longevity by miles instead of years. One person may only drive 500 miles a month, while others may have longer commutes. Those with long commutes may drive thousands of miles each month, so it’s inaccurate to measure by years.

That said, the company only offers an eight-year warranty on its batteries, but there are restrictions that can shorten a battery’s warranty coverage.

What if your Tesla battery pack is no longer holding a charge? Tesla lithium-ion batteries are fully recycled. None of the materials go into a landfill as long as you recycle them properly. This means returning them to a Tesla service center. Here are the steps that go into battery recycling with Tesla.

Before a vehicle owner recycles a Tesla battery, the company asks them to contact the company. If there is a chance to extend the life of a battery pack, that’s the first step. The company doesn’t want to recycle batteries unnecessarily. If the battery’s life cannot be extended, the battery recycling process begins.

A typical lithium vehicle battery contains lithium ions that move from the anode side of the battery, through the electrolyte, to the cathode. That generates the electricity or power. Cathodes are built with metals like cobalt, manganese, and nickel. Recycling those metals is essential to eliminate over-mining and the use of child labor in some of the countries where these metals are mined.

Meanwhile, a vehicle’s battery pack is made from those materials. Tesla is one of the companies to announce that in the years coming up, dependency on cobalt will be eliminated. In the meantime, all of these meals and the lithium-ion are recycled and reused, creating a circular economy.

You can’t just have one battery cell powering an entire car though. The cells are welded and glued together to form the full pack. To recycle a Tesla battery, the entire pack must be addressed.

Old Methods Can Lead to Pollution and Excessive Energy Consumption

It used to be that batteries would go into high-temperature melting and extraction (pyrometallurgy). This method uses a lot of energy and creates undesirable emissions that must be filtered to prevent air pollution. That’s costly and a percentage of the batteries’ components was typically lost. Better methods are commonly used today, such as hydrometallurgy.

To break them apart for recycling is a time-consuming task that requires manpower and equipment that can break them down. First, the battery packs are separated by machine or by hand to remove the battery cells from any packaging. This might be plastic or vinyl wrapping around the cells or hard plastic cases containing a number of cells. Once the cells are separated, the electrodes get shredded or crushed in machines designed to break them down into tiny particles called “black mass.”

Black mass includes the carbon and metal oxides that coat the electrodes and is made up of metals and elements like cobalt, graphite, lithium, manganese, and nickel. Those must be processed to separate the lithium salts and metals. To do that, hydrometallurgy is completed to dissolve the black mass and separate the rest, often using specialized solvents or precipitation.

Hydrometallurgy is completed in three stages. First, there’s the leaching process where liquid solutions are introduced to the black mass to help dissolve the different metal components in the aqueous phase. Next, the “leach liquor” undergoes precipitation to remove impurities and certain compounds, while froth flotation can be used to separate materials.

After processing, metal recovery begins. This is the final part of the hydrometallurgy process, and it results in the recovery of the raw materials. Once the metals are back in their raw form, they can return to manufacturing to go into new products.

The Field of Battery Recycling Is a Hotbed for Research

If lithium-ion battery recycling specialists could use room temperature, it would save time and energy, which makes it a significant improvement. Research is ongoing, but it’s research like this that is helping to change the nature of EV battery recycling.

Another research project took place in Massachusetts at Worcester Polytechnic Institute. After processing e-waste to the powder known as black mass, a process called “Hydro-to-Cathode” is underway. Some of the steps, such as shredding and leaching are the same as in hydrometallurgy, but things are simplified after that. Impurities are extracted using a process that eliminates the need to separate the metals, thus speeding up the process. From there, new cathodes are produced and the batteries end up with better longevity than the originals.

Companies Like Tesla Are Also Working on lithium-ion batteries that contain no metal. Other advancements will make it easier to recycle batteries by eliminating the metals. Instead, a chemistry professor and assistant professor at Tohoku University, along with a grad student at UCLA, found that croconic acid, a bond of five carbon atoms, worked well as a substitute.

Recycle Your Electronics and Lithium-Ion Batteries With ERI

Tesla batteries enjoy a closed-loop recycling process through ERI, the nation’s largest e-waste recycler, and Redwood Materials, a startup created by the co-founder of Tesla. Absolutely no materials go to the landfill. Everything is responsibly recycled by ERI and the raw materials are sent to Redwood Materials where it’s processed and turned into new products.

ERI specializes in secure, responsible recycling of everything from laptops and cell phones to solar panels and lithium-ion batteries. Businesses can arrange to have ERI pick up unwanted electronics after undergoing on-site data destruction if needed, and consumers can learn more about e-waste recycling programs with partners like Best Buy, who will even come to your home and haul away two major electronics and unlimited smaller ones.

If you need to recycle lithium-ion batteries and other business and household electronics, reach out to ERI. You owe it to yourself to know your recycled items are being handled in a sustainable, responsible manner right here in the U.S.