Why Alkaline Battery Recycling Is Critical For the Environment 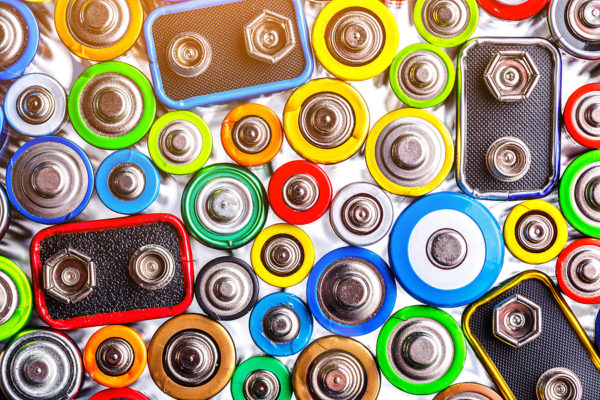 In general, there are five categories of household batteries: Single-Use, Lithium Ion, Small Sealed Lead Acid, Nickel Cadmium, and Nickel-Metal Hydride. When batteries are rechargeable, they can be used hundreds or thousands of times before they stop holding a charge and must be sent for recycling. Single-use batteries are used once and disposed of. These are the common alkaline batteries that power many of your frequently used electronic devices.

When these batteries reach their end of life, people often throw them in the trash. This practice needs to stop. It’s time to look at the importance of alkaline battery recycling and why that’s best for the environment.

Americans Use Tons of Batteries Each Year

The EPA Office of Solid Waste estimates that Americans purchase around 3 billion dry-cell batteries every year for their calculators, bathroom scales, radios, and children’s toys. That’s just how many are purchased.

It’s also estimated that every person in the U.S. throws out about eight batteries per year. It’s getting better, as people are starting to learn the value of recycling these batteries.

How an Alkaline Battery Is Constructed

Alkaline batteries contain a number of non-toxic materials and are considered less risky than rechargeable batteries, but you still need to recycle them. They contain metals and chemicals that should be reused to prevent depleting the earth of natural resources.

The outer shell of a battery is nickel-plated steel, and it’s often wrapped in a plastic label and sometimes has cardboard, too. The steel forms the shell around what is known as the cathode. Steel also creates the terminals on the battery.

The cathode is a mixture of carbon and manganese dioxide. They are part of the electrochemical reaction that helps provide the energy you get from a battery. Cathodes are electrodes that decrease as the reaction takes place.

The next layer in a battery is the separator. A separator is a fabric layer that separates the electrodes in the cathode from the anode.

All of that is in an electrolyte solution of potassium hydroxide and water. The electrolyte makes it easy for ions to move around and carry that current to the brass collector.

The collector is a brass pin found in the center of an alkaline battery. It takes the electricity that’s created within the battery to the outside circuit established when the positive and negative contacts on the battery are connected to the same terminals within the item that uses the battery for power.

In addition to those, there can be trace amounts of lead, usually less than 0.04%. Manganese dioxide (8.51 grams), potassium hydroxide (3.91 grams), nickel-plated steel (3.91 grams), and zinc (3.68 grams) are the top materials found in a AA single-use battery.

If a recycling facility processed 1,000 AA batteries, you’d end up with some lead. More importantly, you’d have materials nearing these amounts.

Imagine how much material could be reused if people recycled billions of batteries each year. The steel alone can be used to make pots and pans, silverware, and many other essential household items.

How These Components Work Together

Once the circuit is completed when you insert the battery or batteries into the device, the chemical reaction begins. The electrolyte triggers the powdered zinc within the anode to oxidize. The manganese dioxide and carbon also are triggered by the electrolyte in that part of the battery.

The electrons in the anode and cathode interact and produce electricity that travels from the battery through the brass pin and into the device’s electrical system to operate it. Over time, the electricity that’s generated no longer powers the device. Repeated use does wear down the materials and the battery stops working. At that point, it’s time to recycle them.

How Do You Recycle Alkaline Batteries?

When you recycle an alkaline battery, you have steel, carbon, and many other battery components that can be processed and reused to make new batteries. Be sure you check the battery before recycling it. If it’s leaked battery liquids, you may be unable to recycle them. This is why it’s important to remove dead batteries as soon as they’re no longer working. If you have battery-powered items that don’t get a lot of use, remove the batteries when they’re not being used.

Place a piece of electrical tape over the terminals if you can. It helps prevent any potential issues that could happen if the battery terminals touch during transportation.

If you’re lucky enough to live in an area where curbside bin recycling allows single-use batteries to go into the bin, do that. It’s not common, however, so you may need to bring them to a recycling facility or take them with you to stores like Ace Hardware or Home Depot for proper recycling.

Large businesses may not have the time to deal with trips to a recycling bin, or they may have too many batteries to make drop-off recycling possible. ERI sells battery recycling boxes that you can fill at work and ship to the nearest ERI facility. You pay a flat fee for the box and that fee includes the cost of shipping and processing.

Your municipality may also have OneDrum containers. These battery recycling containers include CellBlockEX, a fire extinguishing agent made with recycled glass, to make it easy to recycle all types of batteries in one container and safely ship them to electronics recycling facilities

ERI partners with Call2Recycle for OneDrum battery recycling. If your business or municipality wants to arrange battery recycling events or make it a permanent feature in your county or city recycling program, talk to ERI about OneDrum.