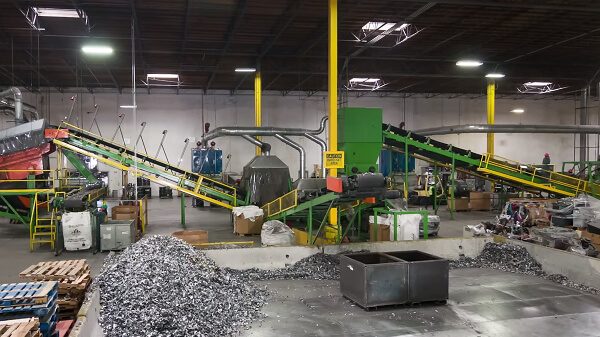 Electronics recycling and traditional ming have much in common. The components in electronic devices are a treasure trove of minerals and metals that previously could only be found through costly traditional mining projects.
While traditional mining is ill the norm many it is a costly unsustainable process. Many of the metals and minerals mined are reaching peak levels. However, with increasing volumes of amounts of e-waste mounting around the world, e-waste recycling could outrun traditional mining with less negative impact on the environment.

Essential precious minerals and metals are peaking in many areas.

Not long ago, talk of “peak oil” levels were prevalent – describing the fact that the world was reaching levels of oil production representing total depletion of oil resources – permanently. However, those peaks failed to materialize. Drillers found alternate (albeit more expensive and environmentally taxing) technologies to tap oil reserves such as fracking and horizontal drilling.
A similar situation is occurring in the mining industry. Of the precious metals and minerals reaching peak levels are indium and gallium – two metals essential for most electronics manufacturing – as well as silver, platinum, gold, tin, copper, zinc and phosphorous.  Each of these are rare, finite resources, meaning that once they’re tapped, they’re gone – forever.

The cost of traditional mining is increasingly expensive.

Traditional mining extracts precious metals and minerals from mines deep inside the earth. Such projects employee a number of specially trained individuals to carry out the dangerous work of recovering the valuable materials. In addition, expensive and highly technical equipment is needed in order to successfully extract the most valuable and rare materials necessary.
This means the costs of mining are high from the beginning. Rising oil prices and increasing technological costs are also driving up the overall tally of traditional mining methods and placing an uncomfortable crunch on the industry.
Additionally, in some areas like the African Congo, governments spend even more precious dollars attempting to successfully control militiamen who illegally sabotage mining operations and wreak havoc in villages. The crisis has caused devastating human rights abuses and severe economic instability in these regions.
The numbers paint a more vivid picture. For instance, for the traditional mining and production operation for 1 kilogram of gold it takes 691,000 litres of water and 141 kilograms of cyanide. According to one source, in order to mine just one golf ball size of gold, you’d have to have the technology, manpower, government authority and money to move 9.39 tons of dirt, an amount equivalent to nine Volkswagen Beetles. This amounts to a cost of approximately $919 spent per ounce for traditional mining methods.

The fact that many of the precious minerals and materials in high demand have only one source of national origin could put alternate methods of extraction in the lead. Currently, China is the solitary source for many of the metals and minerals a large portion of global industries heavily rely on for production and manufacturing – and the growing global supergiant is cracking down on its traditional mining efforts.
Specifically, the country is reducing the amounts of traditional mining carried out in specific regions due to environmental threats of pollution and construction damage.

E-waste recycling recovers the same types of minerals and metals as traditional mining – and costs less in more ways than one.

E-waste recycling is a more environmentally friendly way of recovering metals and minerals.

As sustainable methods of electronics extraction develop, electronics recycling is shaping up to become a viable way to recover dwindling resources. Whereas traditional mining is expensive and environmentally taxing, e-waste recycling introduces a number of sustainable benefits.
For example, the purity and quality of ores extracted from electronics waste can be better than that of ores from traditional mining. One source posits that they can be up to 50 times richer than ores mined from the ground.

New methods of e-waste extraction are making it easier to recover precious minerals and metals from electronic devices.

Extracting precious resources from electronics isn’t easy, but new methods are making headway. Each of these new technologies are offering better ways to get back the resources needed to continue electronics manufacturing and production in a meaningful, sustainable way.

The e-waste crisis is providing a formidable source of electronic devices for precious mineral and metal extraction.

E-waste is stacking up. As technology surges forward at record-setting rates, the demand for newer and updated versions electronics devices also increase. Electronics manufacturers are more than willing to keep up with the demand, leading to a number of end-of-life issues for electronics, including a massive pile-up of e-waste.
The good news is that e-waste just so happens to be the better choice over and above traditional mining methods for retrieving precious metals in terms of sustainability and simple, wise economics. Now, if we could just get everyone to agree.

Of course, getting entire industries thus far dependant on profits from traditional mining to embrace electronics recycling as the next best alternative to traditional mining is quite a long shot. However, proponents of urban mining and e-waste recycling are on on to something, and it involves wiser, smarter use of dwindling resources.