Cell phones are a prized recyclable commodity due to the fact that they can house small but valuable amounts of various precious metals, including silver, gold, palladium, platinum, tin, copper and more. Plastics (including polycarbonate, a polymer included in the #7 “other plastics” category) and glass are other valuable materials found in cell phone casings and screens.

As worldwide reliance upon mobile phones continues to rise, so too does the need to properly recycle them at the end of their useful lives. According to the EPA, approximately 235.6 million cell phones were sold in 2010. That number only figures to rise in the coming years.

Many cell phones received by ERI are still functional. These cell phones are tested, entered into our proprietary tracking software, and, when possible, refurbished and resold. This repurposing helps give new life to old cell phones.

Any device that cannot be repurposed ends up being shredded. ERI safely breaks down cell phones into sortable commodities like plastics, low-grade and high-grade metals and glass. Click a video below to see our shredders in action as they break down cell phones and mobile devices. 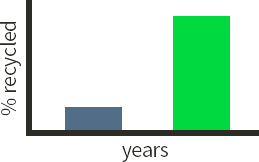 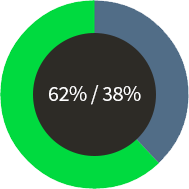 Of the mobile phones collected for recycling in 2009, 38% were refurbished or reused and the remaining 62% were recycled. (source: EPA)