The move toward mobile computing saw laptop sales outpacing traditional desktop computers nearly two to one in 2010, with more than 40 million units sold. According to the EPA, 25% of laptops enter end-of-life management at four to five years. By seven years, that percentage doubles.

Laptops are broken down to the battery, frame (made of plastic or metal), hard drive, motherboard, memory, the button battery from the motherboard, PET and fluorescent bulbs.

ERI wipes all hard-drive device data on site safely and securely, and then logs a confirmation in our proprietary tracking system. The batteries and bulbs are safely collected and secured to prevent contamination or improper chemistry reactions.

The mainframe of the laptop then makes its way to our shredder, where it is further broken down into recyclable plastics and other commodities. Watch the video below to see our shredder making easy work of laptops. 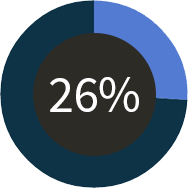 Computers (including laptops) represented 26% of the e-waste recycling stream in 2009. (source: EPA)