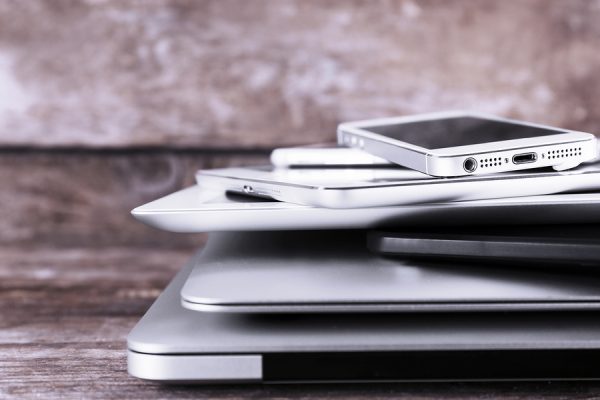 In April, the first 5G phone was released by Verizon. At the same time, AT&T has been testing its 5G technology in select cities like Chicago and Dallas. While 5G isn’t completely ready yet, it’s coming.

It could be years before 5G is readily available throughout the U.S., but for those in larger cities, it’s exciting to start thinking of the lightning-fast download and upload speeds that are in the works. One thing that has people confused is if their 4G device will work on 5G.

From the moment cell phones became a reality, cellular wireless technology has been needed. Phones connect to the signals broadcast from cell towers. Those signals can handle certain speeds and offer a certain range.

With 5G, everything is going to be incredibly fast with minimum speeds of 1Gbps. It’s believed that some places will get speeds of up to 10 Gbps. With this technology, efficiency and access to information will be faster than ever before. It will enable businesses to control machines at work from a remote location. Downloading and watching HD movies on a phone will be flawless.

Smartphone technology continues to advance. In order to access the speeds and capabilities of a 5G network, your phone must have radio technology that is compatible with 5G. Current phones with 4G technology lack this radio technology. If you have a 4G phone, you’ll be limited to 4G networks until you upgrade when 5G phones are readily available in 2019 and 2020.

If you do purchase a 5G phone, it will still work on 4G. For this reason, many people are looking at upgrading so that they’ll be ready as 5G rolls out in their area.

What Do You Do With Your Old Technology?

Despite the fact that e-waste recycling is available in some areas of the United States, people still throw away their old phones. It’s estimated that more than 410,000 cellphones make their way to a landfill every day. There, they either go into incinerators where they burn and release toxins into the air. If they’re buried as trash, heavy metals like lead and mercury are eventually leached into the soil and water.

Protecting the environment is important. You should see if your city or town has a drop-off center for e-waste. If not, go to the retailer that sold you your phone and see if they take it back. Don’t be surprised if it’s hard to find a recycling program in your area. Fewer than 25 states ban the disposal of electronics in landfills.

If electronics recycling is available, ask what happens to the devices you recycle. Some recycling companies take the devices they collect and ship them to another country where they are not recycled responsibly.

Another way to recycle your electronics is by going to a local  store and seeing if they take donations or accept phones for recycling. Some stores, such as Best Buy, will take old phones, erase private data, repair anything that’s broken, and donate or resell it. Local organizations that help survivors of domestic assault also take cell phones to be refurbished and given to a person who is starting over and can’t afford a cellphone.

If you’re a company looking to recycle and data sanitize a large quantity of phones or other electronics, then ERI can help.  ERI offers coast to coast service in every zip code across America and has certifications, including eStewards, R2 and NAID, which ensure domestic recycling and 100% data destruction.

If your area doesn’t offer electronics recycling, visit ERI  to see if there is a recycling event in your location.   Call 1-800-ERI-DIRECT to learn more.